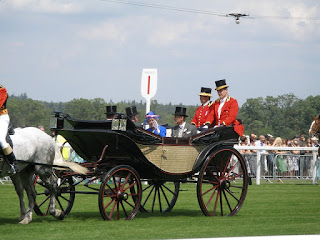 We're witnessing significant times for the British Royal Family, with the marriage of Prince Harry and Meghan Markle, not to mention the recent birth of a new little prince for Will and Kate. So whether you're a staunch royalist, a republican or something in between, you can't miss what's been happening on the news. I saw this bookish tag game and decided to share it on my blog to mark the occasion, as my tribute to Harry and Meghan. Please play along. The rules are easy. Just match a book with the royal criteria.


QUEEN ELIZABETH (An old book you treasure)
There are several lovely antique books on my shelf that fit the bill, including an edition of L.M. Montgomery's Pat of Silver Bush from the 1930s. Such a gem.

KING GEORGE (A popular book you don't want to read)
Which George are they talking about? Mad Farmer George from the era that was named after him, or our current queen's father in the early-twentieth century? Anyway, I'll go Fifty Shades of Grey. We found proof from a second hand shop to back up my decision not to bother reading it. My son, who was along with me that day, amused himself by setting all the copies on one shelf, and there were almost eighty altogether. Why do so many former owners of this book continue to toss it out? 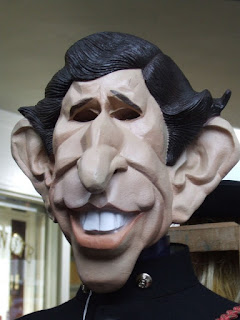 PRINCE CHARLES (A book everyone loves but you)
Lol, it's got to be Daphne du Maurier's Rebecca. So many readers adore that book, but it didn't work for me at all. Mostly because I didn't like the leading man, Maxim de Winter. He was cantankerous, patronising, not at all sexy, and a crook to boot. I don't know what the nameless heroine saw in him, let alone generations of female readers. (My review is here.)

PRINCESS DIANA (A book fellow bloggers made you buy)
Well, I actually borrowed it from the library, but it was An Unnecessary Woman by Rabih Alammedine. I'd never heard of it, but it was well worth tracking down. It's about a quiet lady who persists in her literary passion of translation, even though nobody has a clue what she's doing. (My review is here.)

PRINCE HARRY (A book that took you on a wild ride)
Whoa, let me choose two, because they spring to mind at the same time. One is Wilkie Collins' The Woman in White. The villains sure knew how to put a helpless heroine through a torturous ordeal, almost sending her mad in the process. (My review is here.) The other is A Cast of Stones, by Patrick W Carr. It's a fantasy novel that dragged its naive young hero through all sorts of danger, while he wondered why he was the target of so many wannabe assassins, having no idea he was the chosen one. (My review is here.) I highly recommend both of them.

DUCHESS KATE (Your last book purchase)
Technically she's not really the latest member of the British Royal family any more, because she's added three little children to the mix and after this weekend, there'll be Meghan Markle too. But I'll choose David Copperfield. I had a very thick copy which my dad used to own, but it was making my hand sore, so I bought a smaller edition from Dymocks. It's still thick as a brick, because it is nudging 1000 pages, but is far more manageable to handle. (Review soon to come.) 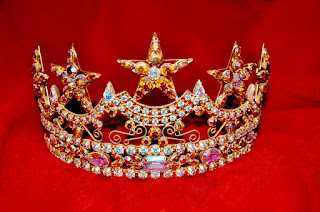 So those are my choices. How about yours? I challenge you to do it for Harry and Meghan.
Posted by Paula Vince at 5:00 AM