"Sooner or Later we all Stop Laughing" by Roz Baker 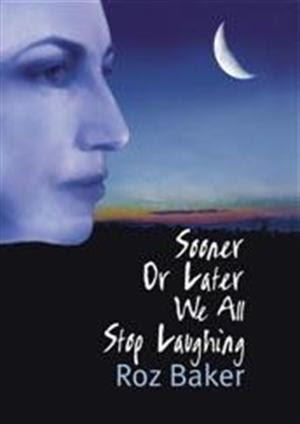 Beth Conroy is no ordinary heroine. She's a middle-aged vagrant with lack-lustre hair over a parched and haggard face and for some reason, she's traveling alone in one of the most harsh, dust bowl regions of Australia. When she settles for the job of cook at a filthy lumberjack's camp for pittance, the reader can't help wondering why she'd bother. Her plucky and unflinching spirit and the way she handles herself in an environment that would send any other woman running is incredible. The question which begs answering is what has happened in Beth's past to bring her there. That is the question which the rest of the book answers.

The story weaves deftly between scenes from Beth's former, completely different lifestyle and her new existence at the camp. When I found out the horrendous circumstances she suffered, my admiration for her increased tenfold. Is there a chance that anything good can enter Beth's life in such a seemingly God-forsaken place when everything that ever meant anything to her had already been stripped away? Can she possibly bring her innate strength and goodness to help anybody else, releasing her personal bitterness and anger at the same time? Can there be such a thing as renewed love in her life? I must warn other readers to keep a box of tissues on hand. If you're like me, you'll definitely need them.

It's no surprise that it takes a remarkable author to create such an amazing heroine. Roz Baker is a national speaker and author who travels around Australia sharing her own story of survival from brain surgery as well as how she has managed her career as a self-published author with incredible success. "Sooner or Later we all Stop Laughing" is now in its 4th print run and selling even better than it did when it was first released in 2004. Over 20 000 books have been sold in the trilogy. You can visit her at www.rozbaker.com.au or contact her at PO Box 4003, Forster, 2428 NSW. Her new book, "Seed of Hope" is also available as both hard copy and e-copy for kindle.

Sooner Or Later We All Stop Laughing Available at Amazon