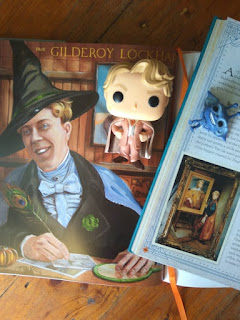 Narcissism has always been a human problem throughout the ages, but it's easier than ever to indulge in the 21st century, because we have so many outlets to toot our own horns. Our potential audience is not just neighbours in our close vicinity but people from all around the globe. Arguably, the wonders of social media give our narcissism cultural validation. The 1970s was called the 'Me Decade', and now there are claims that we've simply moved a step further to the 'iEra'. Christopher Lasch, in 'The Culture of Narcissism' suggests that it's simply the characteristic pattern of our culture. Ouch, I don't want to be swept along by that tide, but in our day and age, it's all too easy.
Several people have suggested that we just stop. Not only because it's a bad habit, but it makes us so miserable. They advise us not to check our social media updates often, or spend obsessive time on impression management, and if we're feeling unduly depressed, we should examine our hearts to determine whether or not it's simply because our brilliant post hasn't received as many likes, hearts, or shares as we'd hoped for (ouch again).
I believe going cold turkey is easier said than done. But maybe this list of mine could be an added tool to scare us out of our narcissistic habits, for who wants to see ourselves mirrored in these dudes? I'm calling them the greatest narcissists, but hey, they would call themselves the greatest, full stop.1) Narcissus 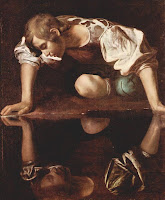 Since he provided the name, I'll kick off with this haughty and gorgeous young man from Greek mythology. He's lured to the side of a pool, where he beholds his own reflection and falls deeply in love with it. Not realising it's merely his own image, he's unwilling to leave, and eventually pines away, believing his love is not reciprocated. Hence, the term 'narcissism' was coined for people who have a fixation with themselves, their appearance and public perceptions.2) LuciferHe was hailed as the most beautiful angel of all, the bright morning star. But this wasn't enough for him. His enormous ego and thirst for adulation led him to challenge God's position. Whoa, that's some serious narcissism.3) Dorian GreyThis young man is the (anti)hero of Oscar Wilde's masterpiece. His initial reaction when his portrait is unveiled is heartache because he won't stay so gorgeous. He vows to give his soul if only he can keep his wonderful beauty while the portrait grows old and faded instead. (My review is here.)4) Gaston

Belle's persistent suitor won't take no for an answer, because he truly believes he's too wonderful to resist for long. The hordes of village admirers do nothing to quench his vanity. In the movie, we see him saying, 'You are the most gorgeous thing I've ever seen,' and the scene pans out to show that rather than addressing Belle, he's standing before a mirror. He's prepared to take her by force toward the end, just because he can't stand the idea that she isn't head over heels in love with him, as every other girl seems to be. And whatever Gaston wants, Gaston gets, until now.5) King SaulA biblical narcissist, he was Israel's first king. Saul started off okay, but succumbed to a deep need for everyone to call him the best, before he could relax. He built monuments in his own honour, and when he heard snatches of song that David was admired even more than he for his war conquests, he couldn't stand it. He set out to murder the perceived threat to his position on several occasions.

6) Snow White's stepmotherIn a way, she was the female counterpart to King Saul. She had to stand before her magic mirror to reinforce that she was the fairest in the land before she allowed herself to get on with her day. And it was all for her personal glory. One day when she learns that another person is fairer, she sets off in a rage to have her killed, because being the second fairest in the land would be a disaster. Although she's the only female on this list, I'm sure there are as many girl narcissists as boys out there for real.7) Bree

8) Emperor KuzcoAnother animal, he's a llama throughout much of the story, although he starts off as a very spoiled, human brat. Even in his miserable transformed state, he keeps wanting to see the spotlight moved from the good-hearted Pacha back to himself, because he's the star! He's the teenage monarch who was prepared to demolish an entire peasant village to build himself a theme park in his own honour. Thankfully, he's young enough for some decent character development throughout the movie, where he learns empathy for others, in the nick of time.9) Prince HapiWhile we're mentioning rulers, this one was played by Arnold Schwarzenegger in the 2004 movie version of Around the World in 80 Days. Clearly used to moving people as chess pieces, the prince demands that the trio of main characters come to his banquet, then insists on keeping the lovely Monique La Roche to join his harem. Their only way of enforcing her release is to threaten harm to the precious statue of himself, cast in the guise of the Thinker. It's well worth a watch.10) Zap Brannigan

He shows that narcissism will be alive and well in the future. The general public think he's a respected military hero, but his crew know him to be an arrogant and incompetent narcissist who will sacrifice them at the blink of an eye. He expends a lot of energy trying to foster his heroic illusion, and win the heart of Leela, whose one eye sees through him clearly enough.11) CaulWithout giving away too much of his role in the Peculiar Children series, the considerable effort he expends to rise to the top is all for his own personal glory. He's easily seduced by imagining himself in history books of the future, and is known to stop what is happening, so he can make lofty quotes and speeches for that purpose. (My reviews of the series begins here.)

12) Napoleon
I'm including the version of the mighty French emperor portrayed by Count Leo Tolstoy in War and Peace. It may be somewhat skewed, since Tolstoy was clearly on the Russian side of the war in his masterpiece. However, I'm sure he loved writing the narcissistic quirks of Bonaparte, including his passion for positive feedback and careful impression management for future history books. The fact that one man's drive to conquer Europe resulted in the deaths of millions is a dark side of narcissism that deserves to be highlighted. (My review of War and Peace is coming soon.)   And my favourite Narcissist13) Gilderoy Lockhart 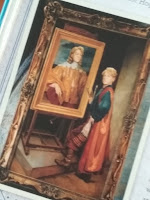 He's the Defence Against the Dark Arts teacher in Harry's second year at Hogwarts, who we first meet on a book tour for his autobiography, Magical Me. At that stage he comes across as an insufferable celebrity who has let fame go to his head. When Harry is placed in detention, Gilderoy's punishment is to get him to write replies to his extensive fan mail. He soon reveals himself to be more incompetent than his heroic memoirs and text books would have people believe. And at last, he's unveiled as a crook who has destroyed the real heroes, just to claim their glory for himself. He's prepared to blast Harry's and Ron's memories, not because he has anything against the boys, but because they know his shameful secret. What a guy!A funny, but sort of sobering list. They're famous alright, but I doubt any of them would have wanted to be famous for being narcissists. As always, I'd enjoy reading your thoughts, not to mention any extra narcissists I may have missed.
Posted by Paula Vince at 5:00 AM