'The Woman in White' by Wilkie Collins 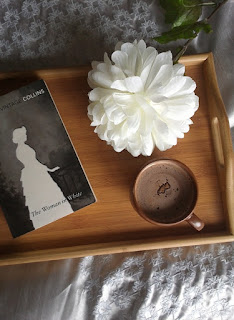 'In one moment, every drop of blood in my body was brought to a stop... There, as if it had that moment sprung out of the earth, stood the figure of a solitary Woman, dressed from head to foot in white'The Woman in White famously opens with Walter Hartright's eerie encounter on a moonlit London road. Engaged as a drawing master to the beautiful Laura Fairlie, Walter becomes embroiled in the sinister intrigues of Sir Percival Glyde and his 'charming' friend Count Fosco, who has a taste for white mice, vanilla bonbons, and poison. Pursuing questions of identity and insanity along the paths and corridors of English country houses and the madhouse, The Woman in White is the first and most influential of the Victorian genre that combined Gothic horror with psychological realism.

MY THOUGHTS:
I really wanted to read this classic which shot Wilkie Collins to fame when it appeared as a serial in his friend, Charles Dickens' magazine. Does it still have the power to wow readers two centuries later? I thought I'd put it to the test. Willie Collins lived long before the era of the cinema and creepy background music, but how he would have appreciated it.

Walter Hartright is a 28-year-old drawing master who's been appointed to teach two unmarried sisters watercolour painting. The night before he sets off, he has a spooky encounter with a young woman dressed in white, who pops up from nowhere to ask directions, almost scaring him out of his wits. No sooner does Walter finish hailing her a cab, when a guy appears searching for a woman dressed in white because she's escaped from his lunatic asylum. Oh oh.

Walter discovers that one of his new pupils, Laura Fairlie, is the image of the woman in white, only more beautiful. Her half sister, Marian Halcombe, is much plainer looking but very clever, witty, loyal and energetic. Being a hot-blooded Victorian male, guess which of the pair Walter falls in love with? Yep, pretty and helpless always trumped resourceful and brave back then, for some reason.

Alas, Laura can't marry the handsome art instructor she's fallen for, because she promised her dying father she'd marry the man of his choice... ominous music... Sir Percival Glyde. Even his name sounds like a sinister, swooping bat. (In a similar manner, Walter Hartright's name gives a clue to his character. His heart is right. And apparently Percival's heart is 'as black as the night.') But who should show up in the district to sneak around, trying her best to prevent Miss Fairlie from marrying Sir Percival? It's the woman in white. There are hints that Percival has a horrible Secret (always with a capital S) which she may potentially reveal. However, the machinations have been set in place so long ago, Laura marries him anyway.

The marriage sets some wicked plans in motion, especially when the girls go to live at Sir Percival's place, Blackwater Park, where his dangerous and mesmerising friend Count Fosco is a guest. Both men need the money Laura's inheritance will bring, and will stop at nothing to get it. This part of the story really drew me in. I grew to love Marian and Laura just because they are like a pair of doves taken to live in a wolves' den. Predators are everywhere. All of us feel alone and clueless at times, with no idea where to turn. That's why the situation of these sisters is so compelling to read. The only guardian angel on their horizon, clad in white, is so frail and vulnerable compared with the two powerful men. Page-turning stuff. 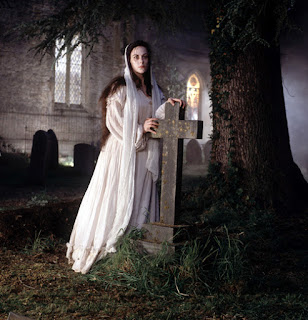 I do understand why some people find the book a bit of an eye-roller though. One thing that keeps it verging on melodrama is Laura's character and plight, because she's such a prototype of a damsel in distress. Always playing the victim's role and allowing herself to be manipulated, until stronger people like Walter and Marian come to her rescue. Even these two, who love her dearly, are forever trying to withhold crucial information from Laura because they doubt her nerves will stand it. And although they're probably right, any woman with an ounce of gumption would insist on her right not to be kept in the dark. But Laura is often more like a pretty doll than a woman.

I once watched 'The Perils of Pauline', a spoof about a helpless blonde beauty who kept having terrible things happen to her. Well, Pauline has nothing on Laura, who finds herself at the complete mercy of the baddies. And what terrific baddies they are. Sir Percival is a complete cad and tool, the sort of guy audiences are trained to hiss whenever he walks on stage. But Fosco is a legend, with his charms and contradictions. It's no wonder his reputation grew as large as himself, for he's a corpulent man with beloved tiny pets, such as canaries and white mice. He's hypnotic, manipulative, and clearly the brains behind the villainous duo. He charms ladies, and apparently it even works through pages a few hundred years later, for I couldn't help liking him, even though I knew he was a crook.

At one stage, Laura takes offence when he states that some criminals are very wise, for in her simple-minded way of thinking, wisdom always goes hand-in-hand with goodness.

This sets up the anticipation that his own downfall will be well worth waiting for. As the final showdown between Walter and Fosco approaches, it does have a sort of Harry/Voldemort vibe about it. If you love aspects of the Victorian era at all, it's well worth reading this book, which had Victorians hanging out for the next installment, and rushing to the shops to buy whatever fan merch was available back then. Three cheers for Walter, the modest art tutor turned detective, Marian, the brave heroine who'll stop at nothing to save the day, and Fosco, who played his hand superbly until the final curtain.

For more on Wilkie Collins, see my review of The Moonstone
Posted by Paula Vince at 5:00 AM

Slow Reading (and why I stopped my Goodreads Challenge)

Life in the 21st century is hurtling along at a frenetic pace, which occasional protesters have tried to handicap with the introduction of m... 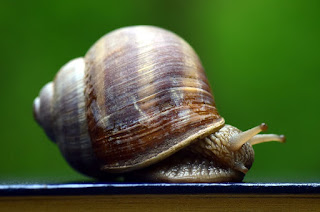