A Great Pair of Sisters 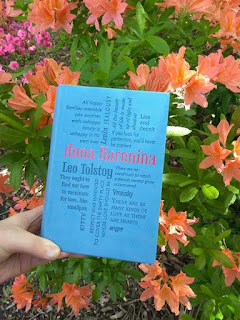 This Russian classic is one of those books you can easily keep mulling over long after you've finished. But since you've put in so many hours to read it in the first place, you owe it to yourself to prolong the experience anyway. In my original review of Anna Karenina, I promised to feature my favourite character, Konstantin Levin. (Update, you'll find that here) But I've also been thinking about all that we can take on board from the Shcherbatsky sisters. And since it's polite to put ladies before gentlemen, I'll have my ramble about them first. These girls lighten my heart a lot more than the title character, Anna Karenina. The more I think about it, the more sure I am that it's all about their attitudes. Taken together, what a great pair of sisters. It's a good challenge to pleasure to describe why.


Kitty
She's recuperating with her parents after a long illness, at a German Spa, and beginning to take an interest in the events around her. There's plenty of time for reflection, and more than anything, Kitty wants to live a worthy life. She befriends a girl named Varenka, who loves to help others and do as much good as she can. With such a great example, Kitty immediately sets out to do the same, assuming that if she copies Varenka's behaviour, she'll become a person with the same goodness and charm. Instead, she finds herself burnt out, and her awesome intentions stir up some awkward trouble.

I applaud Kitty for realising her mistake at a young age, since some people never do. Without giving away the catalyst, she comes to see that her show of mercy and goodness was 'all a sham.' She sincerely wanted it to be true, and hoodwinked herself as much as others, but deep down, her activity was all an effort to impress people, God, and even herself.

It sounds harsh to call her a phony since she was acting with the sincerest intentions she could muster in her heart, but it's just being honest. I know, because I performed some similar role-playing at a similar age, trying to convince myself it was really coming from my heart. I went around with a list of patients to visit at the city hospital, given to me by an Anglican chaplain. I wanted to make my life count for something, but it sort of ground to a stop when they wanted me to hop into the contagious ward :) Ah, no thanks, I'm actually pretty busy with Uni stuff.

Efforts which aren't a good fit sometimes come to light, even if it's just in the form of stress and deep fatigue. Yet sometimes they don't. This sort of self-deception can keep well-meaning performers exhausted in a lifelong effort to convince themselves that it's really their style. It seems tragic to me now, to think of productive people worn out because they're always living somebody else's best life without even knowing it.

So Kitty is a great example to be ever vigilant for self-deception in our lives. I'm sure we can unwittingly keep it up to our dying day, but it's much better for peace of mind to shrug it off so we can live our own best life. Kitty's not a good fit as a philanthropist, but eventually becomes a fulfilled and satisfied wife, mother and household manager. The narration puts it this way. 'She felt all the difficulty of maintaining herself without hypocrisy on the pinnacle she wished to mount.' I'm glad Tolstoy created her, because if Kitty's plight strikes a chord with any of us readers, we should get off our own exhausting mountains we're trying to scramble up. It's much better to leave that to those with a genuine desire to ascend to the top.

So she's a great example for all of us accidental phonies and hypocrites with good intentions.

Dolly
I felt deep empathy for this poor lady in the book's opening chapters, when she discovers that her husband, Stiva, is a hopeless womaniser who's been having multiple affairs. Devastated, Dolly (or Darya) dreams of leaving him, but knows she's trapped. Everyone loves her husband, because he's one of those smarmy Mr nice-guys who present a fantastic face but lives for his own pleasure. He's president of a Moscow government board purely because of his fortunate connections. Of course he's popular with all he comes in contact with. Dolly feels that moving back with her brood of children to her parents' house is impossible. All she can do is make threats she's in no position to carry out.

So she does what many feminists have probably deplored her for, and decides to major in what she can control, which is being a loving mother. She only dresses well for the sake of fitting in with her gorgeous children and not causing them shame. I suppose you could argue her identity is being swallowed up with her total consent. As you read, you can't help wondering if empty nest syndrome will some day hit Dolly hard. At one stage, she sits in a coach, seriously wondering if she's wasting her life.

Being a parent is an existence of anxiety, poverty, sacrifice and occasional heartache, all for the meager satisfaction of raising a few decent, well-functioning human beings. Dolly even wonders if the beautiful Anna Karenina, who has chosen life on her own terms, is not to be envied. But after a day in Anna's empty, hollow household, Dolly thinks differently.

All the aspects of motherhood she found frustrating now seem so appealing she can hardly wait to get back. 'The world of her own seemed to her now so sweet, so precious.' I guess she embodies a great lesson in perspective. You have to observe the inside scoop in someone else's life before you can deem it desirable. She decides that on no account would she spend an extra day outside of her own little world. And I love her for that conclusion, because it invites us to examine the benefits of our lives, regardless of our lifestyles and occupations. If a hard-working lady who knows her husband for a scoundrel can find joy, then maybe there's also some for us.

These lovely sisters become heroes of changing what they can. There's not a lot they're in a position to do, but they seem to stumble upon the key to a contented life. Thoughts may seem like small, intangible things on the surface, but they're really all we need to lift our lives. They seem to demonstrate that changing our thoughts, rather than being the cop-out move, is more powerful than changing our circumstances after all. Hurrah for Dolly and her little sister Kitty, and for more of these two, you only need to get stuck into Anna Karenina.
Posted by Paula Vince at 7:55 AM