'How to behave in a Crowd' by Camille Bordas 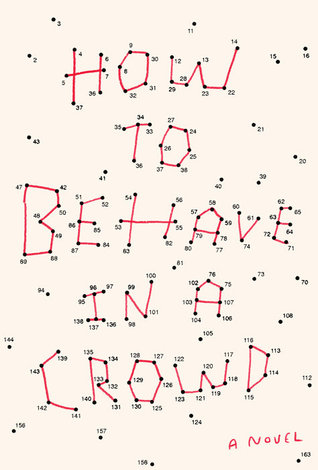 An absorbing, darkly comedic novel that brilliantly evokes the confusions of adolescence and marks the arrival of an extraordinary young talent.Isidore Mazal is eleven years old, the youngest of six siblings living in a small French town. He doesn't quite fit in. Berenice, Aurore, and Leonard are on track to have doctorates by age twenty-four. Jeremie performs with a symphony, and Simone, older than Isidore by eighteen months, expects a great career as a novelist--she's already put Isidore to work on her biography. The only time they leave their rooms is to gather on the old, stained couch and dissect prime-time television dramas in light of Aristotle's Poetics.Isidore has never skipped a grade or written a dissertation. But he notices things the others don't, and asks questions they fear to ask. So when tragedy strikes the Mazal family, Isidore is the only one to recognize how everyone is struggling with their grief, and perhaps the only one who can help them if he doesn't run away from home first.

MY THOUGHTS:
Poor Isidore Mazal is the youngest of six siblings, and the only one who isn't an academic genius. Berenice, Aurore and Leonard are on track for PhDs in their early twenties, Jeremie is a musical virtuoso who plays cello in a symphony, and Simone has been accepted into an elite private college, with aspirations to be a famous novelist. It's hard enough being the youngest, but especially when you haven't lived up to the family tradition and skipped even one grade. What's more, they keep patronising him and calling him Dory, when he'd rather be called Izzie.

This is a character driven novel, and the narrator himself makes it a 5-star read. If it was told by the voice of any other boy I might have put it down, but Dory is a delight. Although he contends with the natural pressure to consider himself inferior to the others, he has something his older siblings lack, which helps him keep his spirits and self-esteem intact. But he doesn't even realise it.

While the other five tend to be stuck in their own brilliant head spaces, Isidore is more outward looking. He notices small nuances about others which his brothers and sisters are too preoccupied to see, giving him empathy and warmth. On the surface, his skill seems unremarkable in the shadow of their mighty brain power. 'I didn't think it meant I cared, remembering all those details about other people. But maybe it did.'

The others may think they're treating him with the condescension older siblings always give, but they're drawn to his perception and interest, even if they don't realise it themselves.

Even though the main character is between the ages of 11 and 14 for the time period of this story, it's not just a book for young adults. There are some adult themes, as he begins to be more aware of his own sexuality. There is a lot of philosophical food for thought for any age group. For example, the small town includes Daphne, the oldest woman in the country at 111. She has some real perspective to tell Dory about the apparent privilege of outliving your loved ones, and even your usefulness.

I love the closeness of the Mazal family, even though they consider themselves aloof entities just going about their own work. When they do venture out into the world, it becomes clear to each of them that blood is thicker than water, as they're the only ones on each others' wavelengths.

The story suggests that the world is not necessarily all it's cracked up to be, even for highly intelligent people, who may appear to have every possible option in the world at their fingertips for the rest of their lives. But where do you turn after the completion of an extremely narrow focused doctorate? What if nobody really gets you anyway? Dory's two oldest sisters go through grief and existential crises which are easy to understand. And I love Dory's relationship with the superior second youngest, Simone, who decides on a very specific future occupation for him. He can be her biographer, because she's bound to become famous.

Finally, a big cheer for their mother, who holds the home front together as well as she can after her husband's death. We can't help getting the feeling that she's more of a 'normal' person, like Isidore, while the others must have got their brilliance from their father. She's well aware of everyone's strengths and weaknesses, including her youngest son's, who she says is perfect just as he is.

Altogether, it's the sort of book which may leave readers asking more of the big questions about life, rather than having any answered. I can see why some reviewers might find that unsatisfying, but maybe it shows they're not as far developed in their maturity as Isidore, who understands that there will always be unanswered questions. I can't help hoping there might be a sequel someday, because I'd be happy reading more of his experiences and thoughts for as long as he cared to share them. Whether or not that will happen, I think his humour, common sense and recognition of goodness where he finds it will always pull him through whatever life throws at him.

Thanks to Crown Publishing and Blogging for Books for my review copy through Edelweiss.

For other books with child prodigies I've read, you might enjoy my reviews of The Elegance of the Hedgehog and Franny and Zooey. But I've got to say, How to Behave in a Crowd is my favourite.
Posted by Paula Vince at 7:21 AM