'The Other Alcott' by Elise Hooper 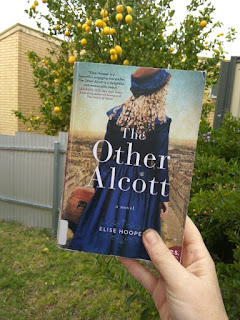 Elise Hooper’s debut novel conjures the fascinating, untold story of May Alcott—Louisa’s youngest sister and an artist in her own right.We all know the story of the March sisters, heroines of Louisa May Alcott’s Little Women. But while everyone cheers on Jo March, based on Louisa herself, Amy March is often the least favorite sister. Now, it’s time to learn the truth about the real “Amy”, Louisa’s sister, May.

MY THOUGHTS:
This is an excellent story based on the true life of Abigail May Alcott (May), the youngest sister of Louisa May Alcott. You might know her better as Amy March, the character she inspired. But the real May Alcott was a hard-working, talented artist with a fascinating life of her own, even though she's long been overshadowed by her more famous sister. I'm glad that Elise Hooper, who lives near their town of Concord and did heaps of research, has lifted the veil on May, as it deserves to be. 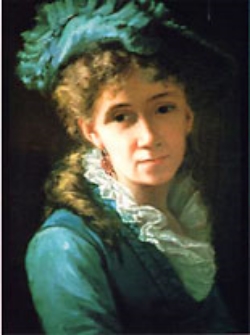 Okay, whenever I discuss Little Women with others, many friends brush Amy off as a spoiled, shallow, vain princess, and even claim to hate her. It makes me sad, because 'hate' is such a strong word, and there are far worse characters out there than Amy March, who actually makes several efforts to be a good person. Perhaps I relate to her as a fellow 'little sister' who understands the frustration of being left out of fun activities, and the humiliation of being teased for making faux pas, while trying to impress the older kids. I never burned my big sister's journal, but I can understand the sentiment behind it. And as for vanity, modern girls Amy's age are also trying to enhance their good looks. We don't have to search far for examples on social media. Come on girls, don't go for your facials, eyebrow sculpture or nail touch-ups, and then come home to criticise Amy for putting a peg on her nose.

I've often wondered whether Louisa May Alcott, the great Jo March herself, did her sister a rotten turn by depicting her in such a way that generations of readers would dislike her for decades, even centuries to come. In this novel, Louisa reasons that she was using Amy as a foil for Jo, and didn't think May would mind. Louisa comes across as a bit of a grouch, slightly resentful that she paid a high price for financial stability for her whole family. She never really wanted to write the moralistic, sentimental tales that took off so successfully, instead of the edgier crime thrillers she preferred. I'll always imagine Louisa the workaholic, gritting her teeth and writing to please others over herself. She was cynical and brusque, but I couldn't help liking her.

The two sisters had a loving relationship, but very strained at times. Louisa controlled the family purse strings, which was fair enough since she earned the money. So she financed some international painting tuition for May, but in return expected to call all the shots, such as deciding when May should drop everything and come home. She'd write, 'I've had my fill of looking after the old folk now, so I'm passing the baton on to you. Leave straight away.' When Louisa said 'Jump', May was forced to ask, 'How high?' It makes for some interesting Jo and Amy style home truths flying in letters across the ocean. ('You support me only so you may control me.') And we readers are detached enough to see both sides, and cheer when May does begin to earn her own money.

So now for May herself, the hero of the book. She's a fresh and delightful character full of enthusiasm to give her own passion a good shot. Several misgivings come to the surface of her mind, which she works through. She wonders if she really has enough of the family's obsessive streak to consider herself legitimate. (If you're a hardcore Alcott fan, you'll remember that their dad, Bronson, was intense and fanatical too. See my review of March.) Or whether she needs some sort of deep meaningful political cause to prop up her art, rather than letting her plain and simple love of beauty be the driving force. Listening to her dad, big sis and lots of other critical voices out there gave May a lofty standard and heavy burden she later wondered if she really needed to take on board.

But May befriends some notable people from history, such as Mary Cassatt, a disgruntled artist who took a huge risk by joining the Impressionists. Mary wanted the freedom to experiment with the new style she enjoyed, rather than adapting her work to suit the rigid rules of the establishment of the day. Her rebel outlook, so to speak, gives May a lot to think about. 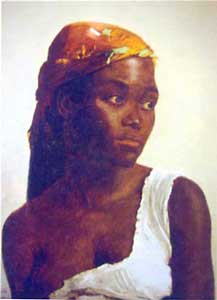 The glimpse we get of May Alcott as a cougar is very cool. At the ripe old age of 38, she falls for Ernest Nieriker, a lad of 22, and they get married. Her sister Louisa suspects the young man's motives and writes, 'I must inform you the inevitable interruptions that beset the life of a wife interfere with her art.' But May goes for it anyway, in a very satisfying part of the story. Her most well-known painting, of the young girl with the orange head scarf and white dress, was painted around this time.

It's a haunting book that sticks in my mind, just for knowing the characters were real, and the end leaves us wondering about the nature of true success. The prickly Louisa was the focused story-machine we all remember, who brought us such beloved characters as Jo March. But I can't help feeling that May might have embodied more the idea of success I'm coming to appreciate the older I get. She hurt nobody, and made her gentle mark on the world in a way that satisfied her soul. She didn't live a long life, but gave it all the energy and enthusiasm she could muster, without focusing on her work at the expense of everything else that could make for a satisfying life. Right up until her untimely death, she was doing all the things she loved most. A real reminder for us to do the same.

You may like my reviews of Little Women and Good Wives I've also reviewed March by Geraldine Brooks, who anyone who may be interested in a fairly frank and brutal Civil War faction about the girls' father Mr March (or Bronson Alcott in actual fact). And I've tackled the question of falling for a best friend's little sister if you're interested in the Amy/Laurie romance plot of the series. I wasn't a big fan myself.