Falling for a friend's younger sister - Does it work? 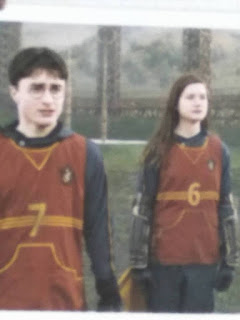 I'm sure we've all come across a couple. It's the type of romance that crops up in the plots of stories every so often, to the extent that it's become a bit of a trope of its own. A male hero eventually falls in love with the little sister of a friend or former girlfriend, who has always been right under his nose, but overlooked because.... well, she's someone's little sister. This causes him to wonder, 'Why was I so blind?' and, 'Wow, when did she grow up to be so beautiful?' Some readers think this development is deeply satisfying, and others think it's a bit corny verging on predictable at times.

I think it can work well, but for that to happen, it has to meet the criteria I'm about to list. I'm going to focus on two fairly well known situations. In my opinion, one gets the thumbs up, and the other gets the thumbs down.

The first is Harry and Ginny, in J.K. Rowling's Harry Potter series.
The second is Laurie and Amy, in Louisa May Alcott's Little Women series.
For the sake of brevity, I'll be referring to the two authors as JKR and LMA. Now, here goes.

1) Undercurrents should be there from the outset

I can't bring myself to believe that LMA had this romance in mind during the first book. All through 'Little Women' my romantic chemistry feelers couldn't detect a spark coming from either side. Sure, Laurie paid obligatory visits to Amy while she was at Aunt March's house for quarantine during Beth's illness, but it was clearly as a favour to Jo and her family.

I read once that LMA grew fed up with fan mail demanding that she bring Jo and Laurie together. It's no secret that Louisa based Jo on herself, and Louisa always remained unmarried. To quote directly from her letters, 'I won't marry Jo to Laurie to please anyone. Girls write to ask who the little women marry, as if that's the only aim and end of a woman's life.' I can't help suspecting that she devised the Laurie and Amy twist on the spur of the moment. What if it was all a grouchy, 'I'll shut 'em up once and for all,' type of decision? Same as marrying Jo off to a middle-aged, pragmatic Professor like Fritz Bhaer, who was nothing like Laurie. It'll never be proven for sure of course, it's fun to make conjectures. 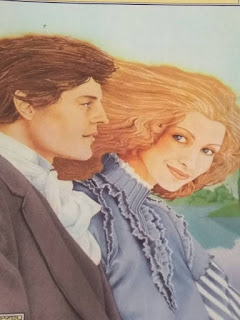 We readers like to trace romantic development for the same reason we enjoy character development. The Laurie/Amy romance in 'Good Wives' is condensed into a short space. It does make sense in a real time sort of way. LMA summarises their growing affection for each other as they exchange letters over a period of months. But all we have is a slim couple of chapters, and for a good portion of them, Amy is telling Laurie off. This plucked from nowhere sort of feeling leaves us feeling a bit unsatisfied.

However, with Harry and Ginny, vibes were always there from the moment she sees him at the train station when they were kids. Harry wasn't remotely interested in Ginny at the age of 11 and 12, but even though we're experiencing his point of view, clues are swirling around his head for canny readers to latch onto, even if Harry himself doesn't twig.

Ginny's unrequited crush was woven through the crux of the plot. In 'The Chamber of Secrets' she was pouring out her feelings in the diary to the supposedly sympathetic Tom Riddle. And when Harry eventually looks her way, it unfolds in a natural, gradual way over several books. He appreciates her jokes, he's crestfallen because he forgets that she has friends of her own waiting on the train, and one of his favourite scents in the love potion happens to be her perfume.

What's more, we discover that there's even been subtext pointing in their direction. Hermione has advised Ginny to stop being so tongue-tied around him and to start seeing other people. JKR had them on her radar all along. It's easy to imagine her challenging the reader, 'It was all there before you. Did you get it?' (And yes, I did!) 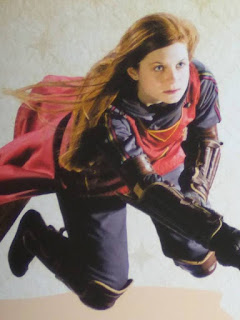 Harry and Cho Chang was a pairing which was marked with face-palming disaster from the start. She wouldn't have ever looked his way, except that she was depressed and desperately trying to recover from the death of Cedric Diggory, the man she'd truly loved. Cho kept bursting into tears during her awkward dates with Harry, but their tenuous relationship really hit the rocks when Marietta, Cho's two-faced friend, betrayed them all by telling Professor Umbridge about Dumbledore's Army. The romance which should never have even happened fizzled and burned, as we'd expect.

However, it's no great leap to believe Jo and Laurie could've been amazing together! They understood each other without words and shared the same sense of humour. They loved having fun together, and sought each other out when they wanted companionship from a like-minded soul. In fact many readers surely expected Jo to fall in love with her best friend, which seemed the natural transition. It's easy to understand why we'd say, 'Laurie and Amy! What on earth was she thinking?'

Harry's heroic deed was infused with significance while Laurie's was brushed aside.

When Harry discovers Ginny unconscious on the dungeon floor at Hogwarts, it's all tied messily in with her affection for him. Her relief is mixed with embarrassment and shame, and even in later stories, she makes the occasional regretful remark that even though others have forgotten Voldemort's opportunistic possession of her, she never will.

Laurie saves Amy when she plunges through the ice in the skating scene, but it's never mentioned that the March family even thank him! Once he performs his gallant deed, he disappears from the scene and goes home. As far as LMA is concerned at this stage, the true significance of the scene is between the two sisters. Laurie wasn't needed any further. Jo hadn't been talking to Amy, because Amy spitefully burned her little book of stories. She is now devastated because her resentment prompted her not to warn Amy about the thin ice. Rather than coming across as the young man saving the girl who'll later become his wife, Laurie is nothing more than a convenient plot device here. 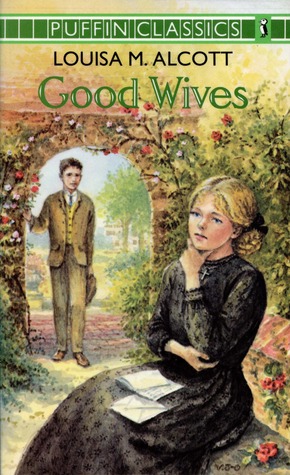 There are many touching indications that Harry and Ginny were always on the same wavelength. They share a love of quidditch to the extent that she's the logical choice to take over his position as seeker when he's sidelined. They also exchange many secret grins at the antics of her brothers. In the play, 'The Cursed Child' their marriage comes across as strong after a couple of decades, because Ginny understands Harry and the depths of his personal history enough to give him the support he probably wouldn't have received from another woman.

With Laurie and Amy, you get the feeling that they're not really what the other needs for ultimate character development. He's been known to say he hates, 'fuss and feathers', while she loves them. Amy had a mercenary streak, prompting her to want to marry for money and position rather than love. It might have been nice to see her fall for somebody who caused her to renounce her former stance and make a loving sacrifice. But she goes and marries a rich boy anyway!

In 'Good Wives', Laurie makes statements which suggest that he's on the rebound. We're told, 'He consoled himself for the seeming disloyalty by the thought that Jo's sister was almost the same as Jo's self, and the conviction that it would have been impossible to love any other but Amy so soon and so well.' No Laurie, you're not thinking straight! Any woman would tell you it's not the same at all!

A few decades into their marriage, it still has that flinchy sort of feeling. In 'Little Men' and 'Jo's Boys', we see Laurie coming to share his feelings with Jo, because his wife doesn't quite understand him. Then Jo always sets him straight and sends him home smiling. Come on, that's not the way it should be. Does it come across a bit strange to anyone else that a man would think of his sister-in-law at these moments?

I think the theme of a hero falling for a friend's little sister can work well, with a couple of big BUTS. A romance without subtle signs and clues to trace along the way is as bad in its own way as a mystery novel without these things. We readers like to do a bit of work. Please give us the chance to be able to trace something back to its delicate, unfolding roots. Don't shove something entirely off the wall in our faces, and expect us to nod and take it as a surprise plot twist.

I can imagine JKR saying, 'It was always there. Did you get it?' (Same with Ron and Hermione, if it comes to that.) And I can also imagine LMA saying, 'Tada, you never saw that one coming, did you?' And I know which comes across most friendly and fair to me.