The Value of White Space

I remember learning this interesting theory about the way modern readers set about choosing their books. We unconsciously scan the appearance of the page layout, and make decisions based on the amount of white space visible as we flick through.

When the pages are dense and blocky with enormous paragraphs, we subconsciously feel daunted. They appear like huge mountains to scale, and the more-fainted among us may chicken out and put them back on the shelves. It looks like too much hard work. 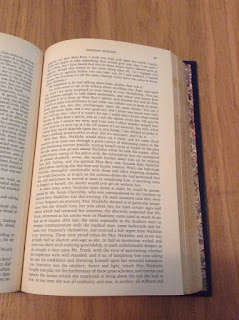 However, if we see generous white space in the form of shorter paragraphs and plenty of dialogue, it gives a friendlier impression, as if somebody has thoughtfully chipped steps into the side of that mountain. And paving the way for our readers may be as simple as breaking a couple of 7-12 line paragraphs into several shorter ones, of about 3-6 lines. 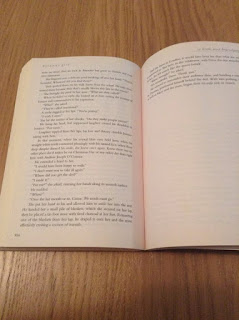 Since I learned the value of providing plenty of white space in books, I've noticed the need for it in several other areas of our lives too. There's the time aspect, for example. If every hour of the day is accounted for with long to-do lists, appointments and urgent work, we're thrown right off our feet by sudden curve balls. When a friend calls needing a shoulder to cry on, or a family member suddenly becomes sick and needs to be picked up, or we get an impromptu invitation for coffee, then our day is really thrown out of whack if we don't have white space.

Another need my family struggled with was financial white space. When our kids were small and my husband had recently left his job, every cent was accounted for in rent, food and general living bills. Sudden expenses left us reeling. A toothache requiring a filling, a fridge break-down, some beneficial group membership fee looming, or a birthday present for a son or daughter. They seemed to be petty annoyances to others, but were huge catastrophes to us, because we simply had no financial white space to absorb the added costs.

I've become such a strong advocate for white space in all areas of our lives, I prefer to call it by that name rather than brushing it off with a term I've heard others give it, which is 'nothing.' At first I thought the financial side might be the exception, since the white space we needed seemed to be more money. But no, on further reflection, the white space isn't the money itself, but the fact that it would have been nice to have some left over with nothing to spend it on. White space is actually a very vital form of nothing we would do well to fit into our lives. I've often found that many of my creative ideas have come to me in moments of white space.

I'm no scientist bu white space reminds me of the infinitesimal gaps, or synapses, between nerve cells which are constantly firing messages from one to another. Or they're like the short bursts of silence between the mighty notes of music in a symphony, or even the empty space which takes up some of the nucleus of a cell. White space, meaningful emptiness, room to breathe, whatever you choose to call it, it would seem God knew it was necessary in all of creation, so it's worth fighting for in our own lives.

I'd be interested to know if any of you have ever had to struggle to fit more white space into any area.
Posted by Paula Vince at 8:34 AM