What's your book of Shame? 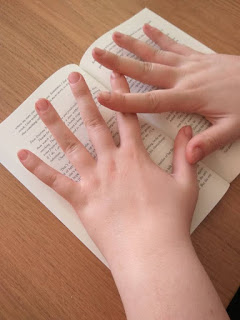 I'm sure we've all had one or two of these over time. They're the sort of book you'd rather not admit to reading.You dip into it furtively with one eye on the story and the other toward the door, scanning for interruptions. You're prepared to slam it shut or hide it, because you imagine that if anyone finds out, the embarrassment would be too acute to bear.

Well, when it comes to books of shame, we're in good company. Here are a few others who have either been revealed or come clean.

1) In her book, Child of the Covenant, Michele Guinness tells a fascinating story of hiding the Bible from her Orthodox Jewish parents when she was a teenager. She only read it late at night and kept it stowed between her mattress and bed springs, knowing that the repercussions of discovery would be huge. Yet she couldn't bring herself to stop reading it. The New Testament rang true to Guinness, and eventually changed her life. She became a Christian, or Messianic Jew.

2) In The Elegance of the Hedgehog, the concierge Renee was always anxious to conceal her highbrow reading material from the people in the building where she worked, for fear they would think she had ideas above her station. One day, the new tenant spotted a copy of Leo Tolstoy's Anna Karenina poking out of her bag, and instantly pegged her as a potential friend despite her misgivings. My review is here.

3) Many of us will remember an episode of the sitcom F.R.I.E.N.D.S when Rachel attempts to hide the novel she's reading because it's a bit risque, but Joey discovers it and won't let the matter rest. She finds herself in the position of having to defend her book.

4) Book snobbery has always been alive and well. In the Australian colonial novel Clara Morison, the title character is not impressed when she discovers a cheap penny novel in the possession of her crush, Charles Reginald. She thinks, 'I don't know why I was so interested in him if he reads trash like this.' Little does she know, the novel was pushed upon him as a loan by another young lady, Minnie Hodges. My review of the book is here.

5) Other episodes of book shame pop up all through years of literature. In Northanger Abbey, Catherine Morland and Isabella Thorpe generally kept their love of sensational novels such as The Mysteries of Udolpho to themselves, knowing their elders and the gentlemen wouldn't necessarily share their passion. Then in Good Wives, we have Jo March scanning periodicals and magazines for stories which sell like hotcakes so she can emulate them. She keeps her reading and writing habits strictly under wraps, but her wise father eventually finds out, and gently tells her that she could aim higher. I imagine these stories to be a nineteenth century form of 50 Shades of Grey. 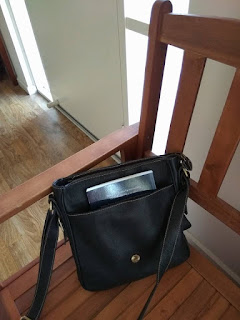 Anyway, why do we get embarrassed about our books? I think it's because whether we acknowledge it or not, we take on what we read so that it becomes part of us. It's similar to our choice of food, but designed for the mind and spirit instead of the body. The saying goes, 'You are what you eat.' It naturally follows, you are what you read. You might prefer not to be seen binging on chocolate and fizzy drinks. In the same way, you won't want to be seen reading..... well, you fill in the blank. People might judge you, and that would be humiliating.

I had so many books of shame in my childhood and youth that my hand was always poised to cover them up. In retrospect, many were great books too. I didn't want kids at school to see me reading classics like Anne of Green Gables, because they'd tease me for being uncool. I didn't want my mum to see me reading them either, because she'd initially recommended them and I resisted. I didn't want to prove her right and hear, 'I told you so.' For some time, anything with the distinctive Enid Blyton signature had to be sneaked around like contraband and hidden from my big brother. He didn't understand that her mysteries and school stories were much cooler than her kiddie stories like Noddy, and I didn't want to put myself in the position of trying to explain.

Some titles have become books of shame only after a period of time. I loved the characters and plot so much that I devoured the stories three or four times straight, and didn't want to hear friends and family say, 'Are you reading that again?' It was too awkward to justify, and not very pleasant to hear, 'You're such a weirdo.' Not to mention, I wanted to keep my variety of book crushes to myself.

My husband remembers reading a book with a girl protagonist which his sisters had left lying around the house. He said it was an interesting, page-turner, but he didn't want to be discovered and teased, so guarded it carefully. I'm only just revealing his secret now, although he didn't divulge the title of this fascinating story. He says he forgets, which I'll have to accept as the truth, since it was so long ago. And I remember an occasion some time ago when we were expecting the pastor and his family to come for tea, and our eldest son raced around trying to drape handkerchiefs over the spines of our Harry Potter collection, just in case our visitors were the types who disapproved of magic in story books. People used to get a bit hot under the collar back then. 'I don't want them to think bad of us,' he said.

That was about the time I decided all books of shame had to stop. I didn't mean that we should stop reading them, but that if we genuinely thought them great and not trashy, then we had to stop treating them like books of shame. Starting this book blog probably set me on the road to recovery. Not only are we making unnecessary tension for ourselves, but we're also letting down our favourite authors when we keep our admiration of their work hushed up. If we really love their books, we should be prepared to shout it from the rooftops. And if someone does question our taste, we should either have a ready answer on the tips of our tongues or be prepared to shrug it off, counting ourselves to fortunate for enjoying a treat they've obviously missed. Also, they'd be pretty rude to mention it too.

So let's give a shout out to all those books which have succeeded in holding our attention and keeping us spellbound, no matter what anybody else may say. Now I'll invite comments the same as usual. I've dropped lots of names of books of shame either from myself or others, so I'm sure you'll guess the question that's coming. What is yours? Are you game to share?

For more about the close connection between food and books, click here.
Posted by Paula Vince at 5:00 AM