Is Severus Snape a good person? 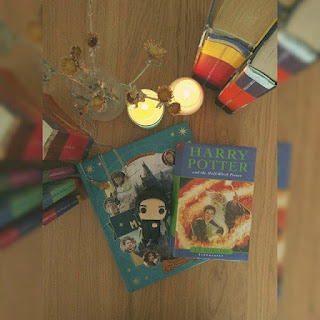 I was so glad to see this Classic Remarks topic from Pages Unbound, because it's bound to raise hackles on both sides, and really should be addressed.

I slept through this event, but during the Christmas holidays, my daughter had a heated argument with her brother and cousin in the early hours of the morning about this very thing. She said, 'I can't stand Snape, because he's so nasty and horrible.' The boys said, 'That's mental. Don't you know everything he did was for the boy?' They kept shouting their separate points of view, nobody gained any ground, and they finished up going to bed with the matter unresolved. Severus Snape is such a polarising character. But after thinking about their argument while planning this blog post, I have an idea where they all came unstuck. Maybe the word 'good' is too ambiguous at times, and we've got to be sure we're using it in the same way before we begin a discussion.

If we take it to mean, 'Is he brave, smart and moral?' then the answer is YES.

Harry owes Snape big time. There's so much evidence to support this. Snape secretly protected Harry on numerous occasions. To mention just a few, he prevented him from being killed by Quirrell during his very first Quidditch match, he shielded the Golden Trio from Remus Lupin in his werewolf form, he alerted the Order when he knew Harry and Co were off on a wild goose chase to the Ministry basement, he lied to Dolores Umbridge about his store of Veritaserum, and of course, his doe patronus led Harry directly to the Sword of Gryffindor. For someone who had to do his good deeds away from the scrutiny of the Dark side, he did a pretty thorough job.

Dumbledore owes Snape big time. Who else would be smart enough to pull off the dangerous double-agent act he'd been playing for years? Severus was walking a very fine line which ended up being the death of him. He had to be a brilliant actor during those years. Imagine anybody else managing to not turn a hair when the doomed Muggle studies teacher pleaded with him for her life. And imagine anyone else managing to withstand all Voldemort's attempts to use Legilimency on him, to uncover his true motives. The old headmaster had complete faith in his potions master, which turned out to be well-founded. Snape was the only one who could end the suffering old man's life in the way he desired.

Remus Lupin owes Snape big time. Remus' old school companion was the only one qualified to concoct the Wolfsbane potion, enabling him to control his werewolf manifestions for as long as he wanted to continue teaching at Hogwarts. There's a lot of irony there. Don't you love it when Snape asks, 'Are you out for a little stroll in the moonlight, Remus?'

The Malfoy family owes Snape big time. He wasn't kidding when he made the Unbreakable Vow with Narcissa, promising to protect her son Draco to the extent of fulfilling Voldemort's horrendous mission in his place. That's exactly what he did. And he hid the fact from Voldemort that Draco failed to carry out the evil task to the letter, enabling the boy to stay alive. I guess he repaid Lucius for taking him under his wing when he was a little first year student, sorted into Slytherin House.

Nobody can deny Severus Snape was a brave and intelligent man who played his hand successfully until the very end, to the benefit of many other people. So he was a great person, but was he a good person? 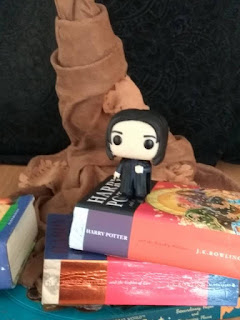 If we take it to mean, 'Is he nice or kind?' then the answer is NO.

Sure, he claims to have done everything out of love for Lily Potter, but that was strictly on his own terms. He had an opportunity to prove his undying love every day in a way she would have appreciated, but refused to take it. Lily would have wanted him to be kind, or at least not spiteful, to the son she died for. Instead, Snape treated Harry appallingly. He made no attempt to hide his genuine dislike, because of Harry's resemblance to his father. Severus seemed to prove over and over, by lashing out, that his hatred of James was stronger than his love for Lily. (My boys say, 'But that was all part of the act, to throw the dark side off his scent.' I think that's only true up to a point, since Snape took such obvious pleasure in his vindictive treatment of Harry.)

He was the teacher from hell, treating several students (mostly Harry's friends) horribly. He punishes Hermione and calls her an insufferable know-it-all for no other reason than being adept in his subject and knowing the correct answers. He terrifies Neville until he's a bundle of nerves and can't think straight in his class. In the movies, he smashes Harry's and Ron's heads together a countless number of times. If your definition of being a good person means that lovely thoughts shine forth for everyone to see, then no way is Severus your man! His mind was a resentful, gloomy, bitter, angry, spiteful cesspool more stinking than anything brewing in his cauldrons.

My son said, 'Just because he had a dour, sarcastic personality, you hold that against him?' Well yes, I can't help it. Remember when Hermione was jinxed with a spell that made her teeth grow as long as a beaver's? Snape sneered, 'I can't tell the difference.' Who needs a teacher like that in a school? 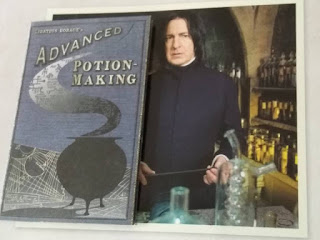 Sure, he was a hero and a legend, and I loved every scene he was in, yet I can't bring myself to call him a good person. I know I surely differ from many fans here.

I'll always believe that his great love for Lily was a bit questionable all along, since he didn't care whether her husband and son rotted in hell. I wasn't overly impressed by the scene where he cradles her corpse to his chest and totally ignores the terrified, traumatised baby in the cot behind him, who has just lost his parents and been blasted by the Dark Lord.

I'll always believe being poor little Neville's boggart was nothing to be proud of!

And a person who invented a vicious spell like Septumsempra certainly wasn't driven by feelings of peace and goodwill toward the human race.

I'll never stop thinking that Harry and Ginny were being overly generous for choosing Severus as their son's middle name.

And I still believe that my son and nephew, as much as they choose to defend him, would have dreaded Potions lessons just as much as anyone else had they been Hogwarts students in any house other than Slytherin.

But if you still can't get enough of this guy, Severus Snape is on my list of Bad Boys with Depth.
He's also on my list of Worst Teachers Ever.