Battle of the Book Boyfriends - Gilbert and Darcy

I've been talking to females of all ages about their favourite book boyfriends. I've also done internet searches of online polls, and two particular characters seem to have their names pop up more often than any others. They are Gilbert Blythe and Mr Darcy (whose given name was Fitzwilliam, but it was only ever mentioned twice in Pride and Prejudice).

It initially surprised me, since my first reaction is that Gilbert beats Darcy hollow. Come on folk, he's the superior guy in every possible way. But then it occurred to me that since these are literary characters, Darcy might have one ace up his sleeve to catch Gilbert at the homeward stretch. So I'll start with my reasons why I don't think there should even be any competition. Then I'll finish up with Darcy's one possible trump card.

1) Both ladies are initially repelled by rude first impressions
I would've found Anne's grievance easier to put behind me than Lizzy's. I used to forgive boys at school for calling me names all the time, and poor Gilbert only ever did it once! We readers are quick to understand that his true motivation for teasing Anne was a simple ploy for her attention. If Anne had been wise to the subtlety of school behaviour, she might have realised his 'Carrots' taunt could be taken as flattery in a way. However it was all new to her, so she took his action on face value.

Darcy, on the other hand, was being sincere when he told his friend Bingley, 'She's tolerable but not pretty enough to please me.' We don't get to see him as a boy, but that remark is enough to indicate that he was most likely a pompous, privileged little snob who looked down his nose at others. A grown man would come out with something like that only after years of thinking in a similar manner. Bingley was evidently used to his friend's stuck-up qualities, because he simply rolled his eyes and said, 'You're impossible' as if he'd heard many similar things from him before.

What sort of gentleman would even say, 'You are dancing with the only tolerable girl in the room' anyway? What a shallow thing for him to say.
So far, the score is Gilbert 1, Darcy 0


2) Gilbert was shown to be intelligent and hard-working. Darcy was mainly shown to be rich. 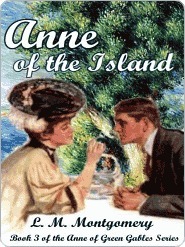 The Prince Edward Islanders were presented as farming families who had to watch every dollar carefully, and the Blythes were among these battlers. Gilbert worked hard to put himself through years of college to become a doctor. He was a bright lad, being the only peer group member Anne couldn't beat at school work. During his college years, he almost destroyed his health, because he was run down from working so hard.

Darcy inherited his lap-of-luxury lifestyle from his family. He didn't have to do a scrap of work to acquire Pemberley, since he grew up knowing it would be his in due time. He had a huge independent fortune. An internet search showed me that his annual income of £10 000 in 1803 would equate to almost £800 000 today. No wonder he was free to go swaggering around the countryside, making snide remarks about the backward qualities of country towns and his perception about the attractiveness of young women. What a lifestyle!
Gilbert 2, Darcy 0

3) Darcy couldn't help making a snobby marriage proposal, but Gilbert wasn't a snob.
Remember that cringe-worthy proposal, when Darcy told Elizabeth, 'I've been trying to talk myself out of this rash move but I can't help it. I love you.' Then when she stuns him with her refusal, he retaliates with, 'Do you expect me to rejoice because your connections are so inferior to mine?' (I realise he was thinking in a normal manner, considering the place and time in which he was born, but can't help bringing my own place and time to bear on his attitude.)

On the other hand, Gilbert didn't have a clue about Anne's family connections, yet that didn't matter to him. He, like everyone else, knew she was a destitute orphan who Marilla and Matthew Cuthbert adopted. For all he knew, her background could have contained all sorts of unsavoury characters, but he didn't hesitate to propose. He loved and appreciated Anne for the person he knew she was.

Incidentally, both these guys had to make two proposals before they were accepted, but I'm sure readers would probably be unanimous in agreeing we cheered for Lizzy's initial refusal, and groaned for Anne's. See my post on literature's most awkward marriage proposals.
Gilbert 3, Darcy 0

4) Gilbert's sacrifice arguably cost him more personally.
At the end of Anne of Green Gables, Gilbert was offered the position as teacher at Avonlea School, but willingly gave it up to work at White Sands, which was further away and would have cost him more for boarding and travel expenses. He did it because he wanted the school board to offer Avonlea School to Anne instead, knowing it would suit her to be close to Marilla after Matthew's death.

Darcy's intervention to save Lydia Bennett's reputation and arrange her marriage to George Wickham was a generous gesture for Elizabeth's sake, and she knew it. Even though he and his younger sister had their own awkward history regarding Wickham, he put it aside and stuck his neck out to save the family honour of the woman he loved. Yet I doubt it really cost him as much personally as giving up the school cost Gilbert. Darcy didn't have to alter his own lavish lifestyle, or go without anything, except maybe putting himself through the potential annoyance of having to face Wickham at future family gatherings.
Gilbert 4, Darcy 0

5) Darcy's good mood catches Lizzy off guard
Remember when she visited Pemberley with her aunt and uncle Gardiner, and was embarrassed to find Darcy at home? To her surprise and relief, he behaved like a gracious and welcoming host. To me, that's more evidence that in her deepest heart, his aloof, grouchy, brusque demeanor was the one she expected as 'normal'. If somebody surprises you by being nice, it's a fair indication that this isn't their usual way of coming across.

In Gilbert's situation, the roles were reversed. He was almost always friendly and kind to Anne, and she was the one who returned his good intentions with snubs and hostility for year after year. On the afternoon when she stepped forward to thank him for giving up Avonlea School for her sake, she was the one who caught him off guard. He would have stopped his cheerful whistling and passed her with a polite nod, since he expected her to treat him as coldly as normal. He showed his good heart by instantly accepting her olive branch and becoming friends, after the way she'd always treated him.

I prefer Gilbert's version of 'normal' to Darcy's, by far.
Gilbert 5, Darcy 0

But that brings me to the big question. Why, in spite of all the overwhelming proof of Gilbert's superiority, is Darcy still up there with him in favourite book boyfriend polls for year after year?

How often do you hear comments such as the following?
'I couldn't stand this man to start with, but by the end of the story, I loved him.'
'Wow, his total turn-about was fascinating.'
'How could she resist him when he underwent such a complete change for her?'
'For somebody to turn his back on all he'd ever known, shows an exceptional character.'

This is more than a fair point. Darcy had lived for 28 years as a male with an independent fortune in the early nineteenth century. He'd been brought up to believe in the superiority of his birth and the commonness of families like the Bennetts. For him to notice and fall for Elizabeth's charms is remarkable, when you think about it. We relish his change of heart. And we know full well that other wealthy gentlemen in his situation would never have done likewise.

As for Gilbert, well, he was such a sweetheart to start with, he simply didn't need as much character development as Darcy. Apart from a moment of immaturity when we first saw him, he was the same, warm-hearted guy all the way through the series. It's a shame to be pulled down in the book boyfriend battle because you're too nice, but that's the nature of fiction for you. It's especially tough when character development alone is worth five points, but there we have it.
Gilbert 5, Darcy 5

It turns out to be a draw. I guess these two guys will be charming the hearts of readers for generations to come. Do you have a clear favourite from the pair of them?

If you want more, see my post on bad boys with depth.
Or check out my review of Anne of Green Gables, my daughter and me by Lorilee Craker.