How long should you spend on whatever you're writing? 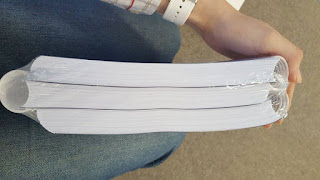 1) My sister sent me a photograph of her thesis, which she'd finished at last, and said, "Here's the result of 5 years of hard work, handed in today!"

2) My son walked in on the last day of Uni holidays and announced that he was about to pull an all-nighter, since he had a 2000 word essay due by midnight the following day and hadn't even chosen a topic! I said, "How can you leave it this late and still be so chilled?" His reply was, "I refuse to work over my holidays." He's used to my horrified reactions and usually manages to pull something off.

So how long is a reasonable time to spend on whatever you're writing? Different projects take different lengths of time to complete, of course. I usually take about twelve to eighteen months to work on a book of my own, but when I worked on The Greenfield Legacy with three co-authors, we took about a quarter of that time. But how do we ever know when we've put in enough work? When do we come to the point where we can confidently state, "This is the best I have to offer"?

It's not necessarily accurate for everyone to say something like, "It should be two hours for a book review, six weeks for an essay, 1.5 years for a novel and 5 years for a major thesis." We're all way different from others. My son thinks he works best under pressure, while I hate the feeling of deadlines looming over my head. Other variables include how familiar we feel with the subject, how much research will be involved, and what else is going on in our lives at the same time. Rather than setting fixed time estimates, I believe there's another, more foolproof way of figuring out when to stop. 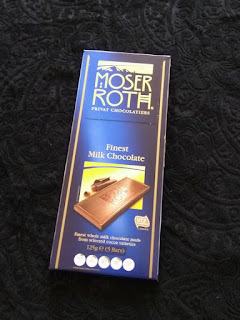 I think the Law of Diminishing Returns might be handy here. We've all experienced how any given thing becomes less beneficial or satisfactory the longer we indulge. In terms of a block of chocolate, the first square is heavenly. We may close our eyes and sigh, while our taste buds and tummies are screaming at us to have some more. The second square is still delicious, so we keep nibbling away. If we don't stop at a crucial moment though, we'll get to the last square, and find ourselves feeling squeamish and bloated. By then, even the flavour may strike us as sickly sweet. Remember the chap in Monty Python's 'The Meaning of Life' who managed to squeeze in that last after dinner mint? (Well, actually, he didn't manage!) There's a point at which we all should stop, and if we don't, we find ourselves on a downhill slope.

In terms of working on a written project, here are a few clues I've noticed to tell me I've passed that point, and it'll all be diminishing returns from now on.

1) My eyes start sliding over elementary mistakes that fresher proof-reading eyes would have picked up. Missing words in sentences, such as 'and' and 'the' get unnoticed. I'm so familiar with the work that I skim read the sentence as if they're present every single time.

2) I attempt to approach my story with the eyes of a new reader, but find I anticipate each new paragraph, and have accidentally memorised hefty chunks of dialogue by heart.

3) The whole thing now seems boring, heavy-handed, predictable and stale. Common sense tries to tell me that maybe my senses are just saturated with the thing, but another niggling voice asks, "What if it really is hopeless?" At this stage you're wandering around in a fog, because objective evaluation is way in the past.

4) I've noticed signs of diminishing returns in friends too, when they say, "I can't stand the sight of this manuscript any more," especially after they've made all their editing changes.

So those are the signs that we need to stop, or least put it aside for an extended period of time if we can (although in my son's case, that was no longer an option). If we don't distance ourselves from the work at this stage, fiddling around on it even more, making little syntax changes, rubbing out exclamation marks or changing a character's word choice, is no longer helping the quality of the work. It's more like stuffing empty calories of chocolate down our throats long after we've stopped enjoying them. Recognising that critical moment is one of the challenges we all face, but I think we can do it when we get sensitive to the signs.

My son received 70% for that overnight essay, and grumbled because he was sure another lecturer he prefers would have given him at least 75. Since it was such a rush effort, I thought he should be happy with 70, and he remembered that at the start of his degree when he was less confident, he used to say he'd be relieved with anything over 50, so he agreed with me. My sister's thesis has yet to be seen, but I'm sure it'll be great.
Posted by Paula Vince at 5:00 AM