It's the time of year again when students return to Uni, including older ones like myself. After my first week back, I knew I'd be altering the way I post on this blog for the duration of the semester. Much as I love it, I won't be so rigid about keeping a regular book blog that it's like a fourth subject. That would be no good at all.

So I'll be posting roughly fortnightly instead of weekly and even delving deep into my archives for old posts to dust off and tweak, like this one. I'd love to know if you've been told off for this sort of thing, as I have from time to time. 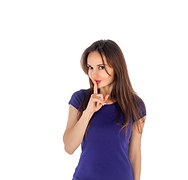 We all know book reviews are way different from plot summaries. Their purpose is to give readers an idea about whether or not they might enjoy a particular book. If we love a book, we want to sing its praises. And if we find ourselves let down, we may want to give others the heads up before they commit. Since they're for people who haven't read the book, giving away too much of the story line is a big no-no. It's generally recommended that nothing which happens after the 50% mark should be written about in great detail. Some say it should be only 25%.

I know some people who are walking, talking plot spoilers (most definitely talking). My husband is King Plot Spoiler. He only needs to mention the name of a story and our nephew has learned to poke his fingers in his ears, shout out, 'LaLaLaLa,' and dash out of the room. My husband is the sort of person who shouldn't write reviews, and thankfully he doesn't.

I make an effort to stick to the 50% guideline when I write reviews, but on rare occasions someone will respond, 'Thanks for the plot spoiler' or some equally snarky comment. It's easy to feel chastened, but I've come to believe that spoiler accidents are a peril that goes with the territory of book reviewing.

It's a problem that seriously bothers some people. I've met several lovely ladies, who are courteous, considerate and understanding in the normal course of a day. Yet if they think they've got the whiff of a plot spoiler, they turn into raging beasts. It's like waving a red flag in the face of a bull. They hurl abuse at the poor reviewer as if she's gone on a killing rampage rather than let a few details about a story slip.

But I believe we would be kind to cut reviewers a bit of slack, if they are genuinely trying hard to do the right thing. Just as chocolate bars come with the warning, 'There may be traces of nuts', perhaps book reviews should have similar disclaimers. 'While great care has been taken to keep this review spoiler free, there may be traces of story line due to the nature of the processing'. I've read a number of articles about the art of writing excellent reviews. Here are some random snippets of advice which might help to prove how murky the waters can get when it comes to making reviews completely uncontaminated.

1) Tell us who your favourite character was, and why.

Well, just say the author planned him to be a red herring. From what we know of him in the first few chapters, he may well be a heartless criminal. And maybe that's exactly what the author intends us to wonder at that stage. Yet if enough reviewers write something like, 'I really loved Alex,' then surely we approach the book with a bit of a spoilerish impression that he'll be sound.

2) Explain why the book made you laugh or cry.
I picked up a novel that seemed set to be a whimsical, light-hearted comedy. Yet a few reviewers had written, 'The ending was absolutely gut-wrenching.' Even though no specific details have been revealed, isn't it still verging on spoilerish when we know from the outset that we have to brace ourselves for something?

3) What was your favourite part of the book?

Here's my warning to reviewers. If it happens to come after the 50% (or even 25%) mark, you should tread very carefully indeed. Don't be fooled by the community of seemingly docile readers. They may well take your vague impressions like a whiff of blood.


If you are trying your best to stick to the rules when you're writing reviews, I wouldn't feel too devastated if somebody accuses you of spreading plot spoilers. Read over it to see if they have a point, then either edit it, delete it, or ignore it. And readers, if you're the sort of people who need a guarantee that everything is completely spoiler free, then maybe you should treat all review forums as a bit of a land mine area and stay out. Or if you do enter, do so at your own risk.

Image courtesy of pixabay
Posted by Paula Vince at 11:40 AM