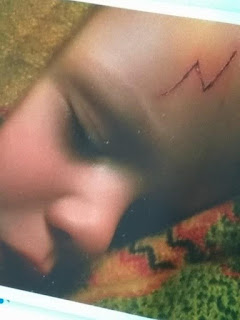 It's always fun to honour beloved fictional or historical characters in the lead-up to Mother's Day. This year I've decided to go no further than some of the mothers featured in the Harry Potter series, because their love is shown to be an underestimated force that packs a powerful punch. I'd go so far as to call it the unintentional secret weapon in the war against Voldemort. It's awesome, because this trio of ladies never put their heads together and made a plan of action. They were each acting spontaneously at a particular moment, with nothing but love for their children as their motivation. The fact that Voldemort's cause suffered fatal blows was just a wonderful bonus.

Lily Potter
We know the premise of the whole series. Not only did her immense love shield and protect her baby boy, but physically decimated Lord Voldemort and kept him out of action for several years. His struggle to restore some semblance of a body from which to operate was a long, drawn-out process. And it was all because of her willingness to slip in front of her son and take the Avada Kedavra that was meant for him. When Voldemort did kill Lily and turned to finish off the innocent baby next, he got what was coming to him! It was such poetic justice, since the force that rebounded on him was the one thing he had no understanding of, so didn't think to factor in to his game plan. The strength of a mother's love! Do you think he learned his lesson? 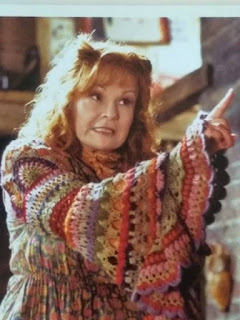 She was Harry's wonderful surrogate mother, since his own mother died a hero's death saving him. Although Molly had seven children of her own, she had an endless reservoir of mother's love to draw from. It was powerful enough to be both her Achilles heel and super power. Do you remember what Molly's boggart was? The sight of Ron and the twins, lying helpless and bleeding to death. It would seem the simple 'Ridikulous' spell failed her at such a terrible sight. But before we deem her mother's love a weakness, don't forget it was the same power that later enabled her to slay one of Voldemort's greatest forces for evil.

Bellatrix Lestrange threatened Ginny, on the heels of murdering Fred. That was enough for this middle-aged housewife to take on an evil warrior woman in her prime. The loss of Bellatrix was a serious blow to the dark side. You only need to tally the number of deaths she'd inflicted just since her escape from Azkaban. Her blind adoration of old Voldy made her truly dangerous, but Molly got rid of her, spurred on by the power of her great love for her kids. 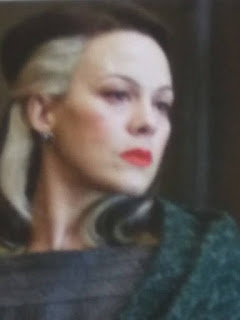 This is such terrific irony, showing how dense Voldemort was, to make the same crucial mistake twice. He didn't have a clue! Who did he choose from his own ranks to check that Harry Potter, his nemesis, was truly dead?  Another anxious and loving mother, who automatically made the safety of her child priority one. Her mother's heart came way ahead of her supposed allegiance to her 'team'. She took the enormous risk of betraying the Dark Lord by telling him a bold faced lie, for at this stage, she'd do anything to get to her son. If that includes lying so you can get to Hogwarts as part of the vanquishing army when it isn't strictly true, then that's what needs to be done. Narcissa wasn't the nicest person, but she was a great mum. And the answer to my earlier question, (did Voldemort learn his lesson?), turns out to be no. I love it! He fought his way back to power, and a mother's love got him again. It was more indirect this time, but definitely part of the lead up to his final demise.


So Mum power helps beat the Dark Lord and his supporters time and again! And they aren't showy about it either. A true mother's love is  a simple, true and elemental thing. With three short lines from these three loving mothers, the death knells for Voldemort's cause are struck. 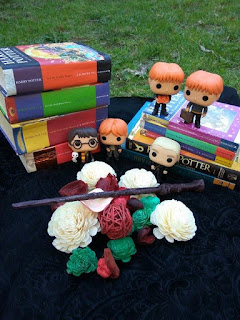 'No, please not Harry!'
'Not my daughter, you bitch!'
'Is Draco still alive?'

Happy Mother's Day for Sunday, everyone. The Harry Potter mums are grand, but I believe they only echo the sentiments and feelings of millions of mums everywhere. Because if you'd been in Lily's, Molly's or Narcissa's positions, wouldn't you have done the exact same thing? As far as I can see it, they made tough calls, but really had no choice.