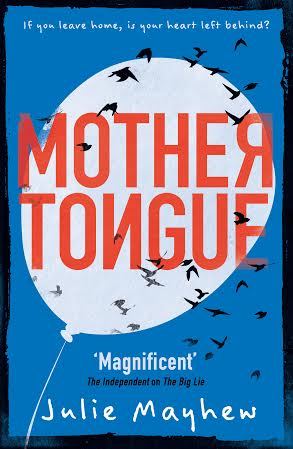 If you leave home, is your heart left behind? Darya Ivanova is looking forward to September. She has looked after her little sister, Nika, since she was a baby. Now Nika is starting school. Maybe Darya can find a job with her own tidy desk. Perhaps even a boyfriend. But when an unimaginable tragedy strikes, Darya's life plans are fractured. Stalled. She is afraid. What if she never knows real love? What if she never finds somewhere she belongs?If only she could get to Moscow. There, Darya could escape. There, she could become someone else . . .

MY THOUGHTS:
This novel is based on an actual event in Russia, the Beslan School siege of 2004. Over 1000 hostages were taken in the terrorist attack, and many were killed. In this story, main character Darya Ivanova loses her cheerful little sister Nika, who was starting her first day of school.

The first half of this novel deals with ways in which different family members cope with their intense grief. Darya takes up smoking, distracts herself with housework and cooking, and longs to make a fresh start as an office worker or secretary in Moscow where she believes she might be able to shake off the pain. Her ambition is to 'sit at a desk in a good blouse and skirt, learn to type and have a glass pot with sharpened pencils.' Her younger brothers, Boris and Igor, respond to the tragedy with hostility toward the perpetrators, and heightened vigilance in case of more attacks. Their mother falls into heartbroken inertia. When they think they've dealt with the pain, they find that simple triggers have a way of returning it stronger than ever. This is all described with sensitive and heartbreaking detail.

Darya makes friendships with aid workers Zlata and Vitaliy. She develops a crush on Jonathan, a handsome journalist from New York who is teaching English to a group of young women. One day Jonathan offers Darya the chance to fulfill her dream of looking for work in Moscow. The second half of the book shows how she fares, and the results of his generous gesture.  It has a 'City Mouse, Country Mouse' sort of feeling. Initially wide-eyed and eager to assimilate, Darya becomes disenchanted enough with her experience to consider returning home. (You have to read the book to find out whether or not she does.)

The people she meets include Viktoria, a street-wise girl who takes her under her wing, and Ekaterina, a young waitress who longs to leave Moscow to live in Venice, although she already possesses Darya's dream of living in Moscow. The irony of this is not lost on Darya.

The brief descriptions we get of lifestyles in Moscow whet our appetites to learn more. There are crowds on their way to Red Square and the Bolshoi, the Cathedral of the Assumption and the Kremlin. Julie Mayhew weaves great metaphors into her writing, such as likening the Hotel Alexander, where Darya is staying, to a living being with a heartbeat and veins. It's done with a subtlety that you could blink and miss, but gives the story great texture.  I really liked her writing style.

The issue in the end isn't whether or not Darya should stay in the city or return home. That becomes irrelevant. Having the free choice to make that decision for herself is what the book is really all about. Darya realises that Viktoria paints bright, exciting pictures with her words, 'and her ambitions for me began to paper over mine.' She decides to think carefully about Jonathan's eventual offer too. Well-meaning though it is, she learns to ponder whether or not it will fit her deepest needs. Some readers may think that Darya hasn't experienced enough of the city to make such a definite resolution.

Another interesting questions she finds herself asking is whether or not she dismiss one specific chance of happiness, just because it's originally her father's choice and not her own. Although the package may not look appealing, there's a feeling that she's on the verge of getting rid of prejudice and deciding it might be just what she wants. I love that. So after the horrific event at the start, the book ends on a hopeful and positive note.

Although she was really only in it in person for a very short time, little Nika was one of the strongest characters of the story. She lives powerfully in Darya's reminiscences, memories, and the spontaneous dreams she has at night. They are a great blend of physical and personality attributes. We see a cheerful little girl who was always ready to embrace simple pleasures, and with her imagination, transform her drab surroundings into something wonderful. Darya even reflects, 'how perfect to be her. Funny and silly, yet focused and true.' A perfect tribute to her little sister.

I was given this novel to review for the Book Curator magazine for school libraries.