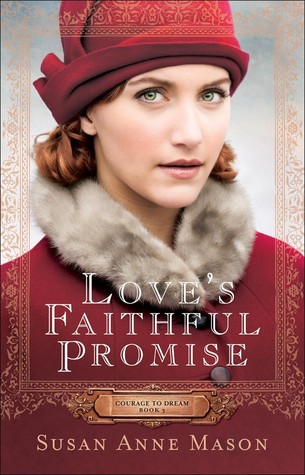 A Stirring Story of Love and Faith and America's Great Promise
When her mother suffers a stroke, medical student Deirdre O'Leary makes the difficult choice to put her career on hold to care for her. Dr. Matthew Clayborne is renowned for his amazing results with patients, but when Deirdre approaches him about helping her mother, she finds him challenging and surly. Deirdre has had enough of complicated men in her life. After her fiancE left her, she vowed never to give a man that kind of power again.
Widower Dr. Matthew Clayborne is devoted to two things: his work with wounded soldiers and his four-year-old daughter, Phoebe. He won't abandon either of these priorities to care for one older woman. However, when Phoebe suffers a health scare, they're offered respite at the Irish Meadows farm, where his daughter's weakened lungs can recover--but only if he cares for Mrs. O'Leary.
Matthew intends to hate Irish Meadows, yet he immediately feels at home, and soon both Mrs. O'Leary and Phoebe are showing improvement. But since he has no intention of leaving his life up north forever, and Deirdre has sworn off marriage in favor of her career, how will they deal with the undeniable attraction between them?

MY THOUGHTS:
I was looking forward to the conclusion of this trilogy, as I loved the first two novels, Irish Meadows and A Worthy Heart.. In this one we get to see more of Connor and Deirdre, who were most often seen as little kids in the background of the earlier books. The O'Leary mother Kathleen suffers a stroke which leaves her partially paralysed, and her nursing student daughter Deirdre commits herself to helping her fully recover. She tries to enlist the help of physiotherapist Matthew Claybourne, but he has his own reasons for refusing point blank to come to Irish Meadows. Meanwhile, Connor is trying to befriend a new employee who has just been hired to work in the stables, but there is far more to this person than he guesses at first.

When you stop to think about it, this novel is brimming with literary conventions and tropes. Grim young doctor who needs to lighten up, sheltered little girl who becomes more robust with the encouragement of good friends, beautiful working woman, pretty girl masquerading as a boy, drunken old dad with a deep-seated mistrust of doctors. Even though it was predictable at times, I really enjoyed it all, which proves that these plots have stood the test of time for a good reason.

All through this trilogy, there have been two romances in each novel, one more dominant and the other more recessive. I feel it worked particularly well in this one. It might have got a bit heavy if the story focused just on Matthew and Deirdre's situation, without the run-around that Jo put Connor through. Their story was my favourite this time round, adding a bit of lightness. It definitely wouldn't have been the same without them. Jo was a spirited heroine who can give men a run for their money, and Connor was a perfect gentleman.

Deirdre's take on whether or not a person should give up on their dreams appealed to me. No doubt we've all seen it presented in an either/or sort of manner. You either go wholeheartedly for your dreams or forget about them. She simply sums up her opinion with two words. 'Dreams change.' It makes sense. A person is a changing entity, always learning and in flux. A single dream isn't necessarily meant to carry us through all our lives, exactly as we conceived it before circumstances made us grow.  The story may help some of us shake off a bit of rigidity.

Also, her dilemma in this novel raises the question of whether it's the right thing to try to help and touch as many people as you possibly can, or focus most of your attention on only one or two. Depending on the individual, there's no right answer, and sometimes the best move may be to simply slow down and focus on just a couple of others who need you most.

There's a bit of trickery and truth stretching in this book, all for very good reasons. Some of it is upfront from the start, such as the trick Jo is playing on Connor, and others take us by surprise down the track.

On a personal note, I was interested to see that Brianna, who struggled so hard for her university education in Irish Meadows, settled happily down as a homeschooling mother. That looked familiar, even though her style doesn't look quite the same as mine. I think Bree's style comes across as the sort we all imagine at the outset, with good-natured, happy children, who are interested in the subject matter, sitting around the table with no resistance.

I think the first two books in the trilogy are my favourites, but having read all three now, it was time well spent. Of the six romances presented, I think my favourite heroes were the O'Leary boys, Adam and Connor, and of course the charming Rylan Montgomery, who never achieved his dream of becoming a Catholic priest. Through all three books, the stern and domineering father, James O'Leary makes his influence felt without ever really mellowing much in his approach, or does he? I love it that by the end, several of his children just shrug off his bluster, saying something like, 'Oh, I'll handle Daddy.'

Thanks to Bethany House and NetGalley for my review copy