'The Best' is very subjective 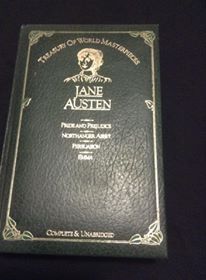 Jane Austen wrote the following paragraph in her personal papers, about people's reception to her books. I loved stumbling upon it on an Austen website.

Having written nine novels at this stage, I found I could relate to her. If I relied on public opinion to help me decide how I'm going, I'd be very confused. Some people have said they prefer 'Picking up the Pieces' to anything else I've written, because of the strong forgiveness theme. Others think 'Best Forgotten' is the best, for the mystery thread, while a few even choose 'A Design of Gold,' including one man who was touched by my hero's past as it was similar to his own. Others say my latest, 'Imogen's Chance' drew them in more than all the others.

The only clear conclusion is that 'the best' is subjective. I follow a reviewer from America whose opinions I often agree with, and she shocked me last week by writing a harsh review about a book I loved. To add to the confusion of opinions, any person's feelings can change down the track. I once read Beverly Cleary's 'Ramona' books with my kids. I remembered them as a series I vaguely enjoyed as a kid, when I identified with the heroine. To my great surprise, years later I found myself identifying strongly with the mother as well as both daughters, and loved the books!

Differing opinions may be explained partly because all readers process books according to their own unique attitudes and life experiences. Last year, I read a memoir by a lady named Rebecca Mead who followed the footsteps of George Eliot. She wrote, 'My 'Middlemarch' is not the same as anyone else's Middlemarch', and not even the same as my 'Middlemarch' of twenty-five years ago.'

It would seem that in spite of what we may expect, the experience of any given book isn't something that simply strikes a generic impression into every heart. Life would be pretty simple if this was so. What if each reader brings part of his or her own personality to the experience of reading our stories? That's why differences of opinion can be poles apart. It also means that not only the writer's character and way of expression is responsible for good impressions, but the reader's too. This leaves us free to simply shrug and accept random reports that a particular person hated our work. We needn't believe that we're bad authors just because we didn't strike a chord with Jane Doe.

On the flip side, I'm well aware that whenever a reader thanks me for a good read, it's more than just a throw-away compliment. It means that while they read my novel, something deep in their heart responded to something in mine. Imagine if somebody with admirable, heroic qualities ever attribute them partly to reading our books. Now, there's a thought.
Posted by Paula Vince at 10:09 PM