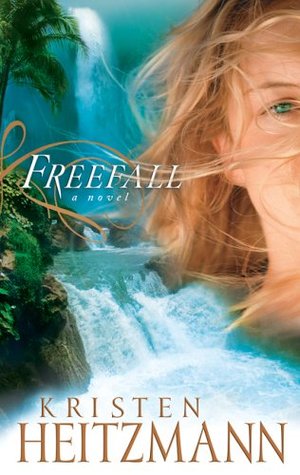 2015 Reading Challenge, Week 18 - A Book set somewhere you've always wanted to visit.
This novel is set, for the main part, in Hawaii. I adore tropical settings, and this one is brought vividly to life, with all its colour, customs and underlying symbolism.


When a young woman stumbles out of the Hanalei Mountains on the island of Kauai with no memory of who she is or how she got there, Cameron Pierce reluctantly agrees to investigate the mysterious circumstances surrounding her arrival. Now known as Jade, the woman begins to recall fragments of what led her to this place, and she realizes the danger isn't over.

MY THOUGHTS:
A young woman in a hiking accident suffers temporary amnesia. She ends up at the home of Monica (Nica) Pierce, who gets her PI brother Cameron onto the case. Nobody expects the girl to turn out to be rising Hollywood star, Gentry Fox. And it seems the cause of the accident may be more sinister than a simple fall.

The tropical Hawaii setting for most of this novel is gorgeous. The wonderful surf, papayas, avocados and guavas growing in people's gardens, the symbolism behind rituals such as hula dances and luaus all make me wish to go there for real. Wise Okelani, one of my favourite characters, demonstrates with her life how the locals work at preserving a culture filled with awe and gratitude. As I read, I wondered whether cultures with English roots tend to be more removed from our own spiritual heritage because everything in our culture and education systems emphasise the cerebral and provable over the deeper, more spiritual and symbolic parts of life.

It's quite a long novel, and I can see why, as many issues were jam-packed into the one book, and not just from the main characters. The motivations of minor characters and 'baddies' were written with equal care. Three of the most unlikeable characters turn out to have similar motivations for their unpleasantness - loneliness and alienation from a history of being overlooked. All the characters' inner lives were written with such depth, it felt as if they could belong to a different story as main issues rather than sub-plots in this one (such as broken marriage issues from some characters' pasts). It made the book a bit like an ocean with lots of peaks and troughs.

Another side issue is Nica's fragility. We're told about it all through the story, yet I only ever saw the opposite. Her brother seemed to treat her with kid gloves and called her a vortex for traumas, yet he seemed by far the more vulnerable of the two. I couldn't help loving Cameron, with his suspicious and abrasive outlook and the depth of his feelings. He could have worked on his phone manner, though. He took several calls during the story, and answered brusquely every time. I wish someone had said, 'Hey dude, remember you're running a business.'

I was a bit disappointed at the end, when what seemed to be the main theme petered out. Gentry had suffered such deep anxiety over the tension between living her life as everyone's public darling, and the suffering she received at the hands of the media. I'd expected things to come to some sort of a head after all the build-up, but didn't feel as if she'd come to any sort of real resolution at the end. It was still, 'I'll keep acting for now and hope the paparazzi don't get too intrusive.' I imagine the same thing will keep happening, and it's sad to think of them living their married life with the same old issues. I can't imagine it will be smooth sailing for them.

Heitzmann has a lovely, descriptive way of writing and I have many other books of hers on my kindle. Maybe it's just a case of more points to notice, in novels which are around 460 pages.