Guys who were refused, then later accepted! 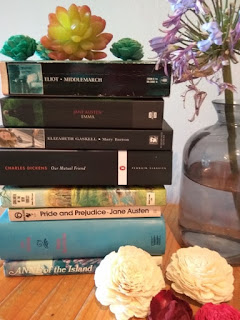 Leading up to this Valentine's Day, I noticed an unusual trend in classic novels. It often occurs that men who propose to the women they love are rejected at first, and then accepted by the same lady down the track. What are we to make of this? I don't think it's meant to encourage guys not to take no for an answer, nor is it to suggest that girls don't know their own minds. The best spin I can think of is that there's always room for hope. True love is shown to be an unpredictable phenomenon, because feelings may be in a state of flux at crucial moments. Fellows, if your romantic dream has been crushed, you're in great company. Take heart from these rejected chaps and hang in there.

Warning: Of course this list contains plot spoilers, so feel free to skip over any you don't wish to know.

1) Fitzwilliam Darcy
What a superb wake-up call for this haughty individual! He tussles with the wisdom of proposing to a girl whose connections are far beneath his, and whose immediate family members are major embarrassments on legs, as far as he's concerned. Then when he finally proposes to Elizabeth Bennett anyway, he tells her his misgivings! And she tells him that he's a proud, pompous prat she'd never consider marrying in a fit! Definitely not the reaction he expected. Luckily for him, she's open-minded enough to regret her own prejudice later, and allow his better nature to work on her.

2) Frederick Wentworth
This poor young sailor proposes to the girl he loves, and who he knows loves him back. But alas, Anne Elliot lets her trusted mentor talk her out of accepting. All he can do is skulk off to sea heartbroken, but little does he know, she's been kicking herself for her foolishness for a decade. He's let a lot of bitterness and resentment strangle his romantic feelings throughout those years, but are his barriers up to the challenge of seeing her again? This is one of my favourite, 'maybe it's not too late,' stories.

3) Gilbert Blythe
He's loved Anne Shirley from the time he was a young boy, and when she rejects his marriage proposal and suggests they just remain friends, he knows the compromise will never work for him. But in this case, it turns out the heroine truly doesn't know her own mind. It seems to be a common failing with Lucy Maud Montgomery's heroines. Gilbert is wise not to latch onto any other admirer on the rebound, and I'd suggest that clueless Anne was luckier still that he didn't.

You may enjoy my Battle of the Book Boyfriends, where I pitted Darcy and Gilbert head to head.

4) Konstantin Levin
What a shemozzle! This shy young farmer draws on every ounce of courage he has to propose to the girl he adores, but his timing is most unfortunate. Kitty Scherbatsky is deeply infatuated with another man, Alexei Vronsky, and tells Levin she can never possibly marry him. Eventually she wakes up to herself, especially when Vronsky jilts her for Anna Karenina. Kitty realises that Levin is indeed the man she truly loves. But our hero has retreated back to his country property with his tail between his legs, resolved never to stick his neck out again. The way in which she prevails on him to have another try makes one of my favourite romances. (See my review.)

5) Edward Beverley
He's the main character of one of my favourite YA classics, Children of the New Forest. Edward proposes to Patience Heatherstone, the daughter of his employer, and she refuses, thinking her father would hate to her marry below their station. However, Superintendent Heatherstone has sussed out his protege's noble birth, and helped orchestrate that proposal. Ooops, it backfires all round, especially for Patience, when Edward rushes off into the army to nurse his broken heart. She has to live up to her name for years, while he decides if he'll ever return to have another crack. (I've reviewed it here.)

6) Fred Vincy
Oh, his girlfriend Mary Garth loves him dearly, but she's far too sensible to accept his first proposal. Fred is an unreliable spendthrift with no desire to buckle down and work, so she's compelled to give him an ultimatum. 'This'll only happen if you shape up.' Fred is so set in his ways, it's tantamount to a refusal. The way in which he makes it happen, aided by Mr Featherstone, who's a sort of rival for Mary's affection, is a touching read. (See my review of Middlemarch.)

7) Gabriel Oak
This humble young shepherd loves his neighbour Bathsheba Everdene very much, but she values her independence and likes him too little to accept his proposal. It takes a disastrous marriage to the feckless Captain Troy, and unfortunate entanglement with intense Farmer Boldwood for her to reconsider her opinion of Gabriel. Only then does Bathsheba realise the value of steadiness and loyalty. It's a great example of hanging in there, and my favourite story by Thomas Hardy.

8) Robert Martin
Perhaps his proposal to Harriet Smith would have been accepted right off, if not for the influence of her friend, Emma Woodhouse. Snobby Emma has decided that no pal of hers will ever settle for a mere farmer, and Harriet is like putty in her hands. Only after a disastrous set-up and another dead-end crush does Harriet realise that her first choice was actually the best. At least the awkward mistakes help her to think for herself. (See my review of Emma.)

9) John Harmon
He's a bit sneaky, because he knows his father made a condition in his will for him to marry Bella Wilfer, and he wants to test her true feelings for him first. So he proposes to her in the guise of a poor man, and Bella instantly knocks him back. She is too familiar with the effects of privation and self-denial, thanks very much. It falls on John to figure out a way to work on her better nature without revealing his true wealth. I had my reservations about this plot thread, but loved the book. (See my review of Our Mutual Friend.)

10) Jem Wilson
Whoa, this is one instant when the heroine refuses a heartfelt proposal, then regrets it the second he steps out the door. Mary Barton faces the stark truth that of course she's in love with Jem, and not flirty Harry the mill owner's son she's been encouraging. Without wanting to admit her blooper outright, she tries more subtle methods to make him try again, but Jem has taken her statement, 'I'll never marry you,' as absolute truth. Shocking circumstances mean that Mary has to prove in a big, big way that she's in love with Jem. (See my review of Mary Barton.)

These are my ten favourite examples, but the list is surely not exhaustive. Are any of your favourites among them, and as always, can you suggest any others?
Posted by Paula Vince at 5:00 AM