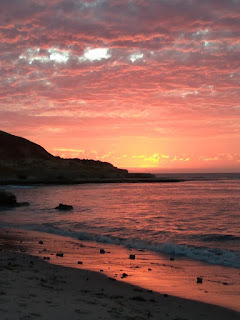 In the year that's just ended, I've moved from the Adelaide Hills, where I've lived since I was 18, to a suburb down near the coast. I went house-hunting with a heavy heart, expecting to be terribly homesick. But the new place has surprised me by being excellent. When I grieved about the idea of moving down to the 'burbs', I didn't anticipate a better local shopping centre, handier distance to other central spots, and the beach a quick drive around the corner. My husband and kids are happy. We are lucky enough to find ourselves on a quiet little street in a roomy house with lovely floorboards, and a beautiful view from the deck. In 2018 we simply exchanged one great location for another, proving that adapting to sea changes is possible.

But it's given me a fresh empathy for homesick people, because I understand the emotional upheaval involved. In its most acute form, it's a condition that can't be easily cured. Unlike simply stepping off whatever is giving you motion sickness and waiting for it to pass, there's always a deep sting for as long as you're away from that specific place. I've put together this literary list of people who grew famous for being homesick. If you can relate to them, it'll at least encourage you that you're not alone.

Queen Amytis
According to one legend, this lovely lady was the bride of Nebuchadnezzar II of Babylon. She was forced to leave the fertile green mountains and valleys of her homeland Media to live in more of a dust bowl. It was no secret that she deeply grieved her loss. Being a powerful ruler, her loving husband arranged for a stunning feat of architecture and engineering to help her feel better. The wonderful gardens built in a mountain of ascending tiers was intended to remind her of home. It's lovely to think that the Hanging Gardens of Babylon, one of the 7 wonders of the ancient world, was originally a cheer-up present. If the story has a grain of truth, I hope it worked.

Piccadilly
This one is more of a local tale about one of the rural towns in the Adelaide hills near where I used to live. A wife of one of the earliest settlers in the mid nineteenth century used to walk along the hot, dusty tracks with their unusual trees, longing for her bustling, cosmopolitan home in London. She used to say, 'I'm going for a walk in Piccadilly,' with more than a touch of ironic bitterness. But the name has endured to this day.

Emily Bronte
Of all the Bronte sisters, she is the one who would begin to wilt, body, soul and spirit, if anybody tried to transplant her from her beloved Yorkshire moors. It became clear that sending Emily to study in Brussels, or attempt a stint as a governess anywhere, wouldn't work if they wanted her to live. It might've been okay for Charlotte and Anne, but Emily needed to stick close to her roots to flourish. Her main female character Catherine Earnshaw felt similar, declaring once that even heaven wouldn't feel like home. (See here for my review of Wuthering Heights)

Laura Ingalls Wilder
In These Happy Golden Years, Laura describes her daunting experience teaching school as a young teenager. She had to board with the sloppy Brewster family, where the lady of the house seemed to hate her. Poor Laura missed her own parents and sisters like crazy, but a young man named Almanzo Wilder would drive her home for weekends, rain or shine, even when he knew she wasn't interested in pursuing a relationship with him at that stage. His kind gesture probably won her heart even more than an earlier heroic act of risking his life to fetch wheat for the starving town. (Homesickness can be infectious, as it seems Mrs Brewster was probably so antagonistic because she suffered from the very same thing.)

E.T.
Who remembers the sweet extra terrestrial from the epic movie in the early 1980's? He had the warmest heart of anyone in the decade. My Dad took me to see it just before I started High School. The wise and affectionate little alien grows very fond of the family who adopted him as their own, especially his young friend Eliot. But he longs for the faraway planet where he came from. There was no choice for those who loved him but to figure out how to return him. One of the catch lines of the era was, 'E.T. phone home.'

Pat Gardiner
She's one of Lucy Maud Montgomery's charming heroines. Pat loves her family home, Silver Bush, to the point of dreading any small, permanent change to it. Staying away for even a night or two becomes a huge ordeal for her. Some critics have called her dopey, because she seems to suffer from permanent homesickness even while she's actually living there. But when you dig deeper, it turns out that L.M. Montgomery wrote Pat's stories later in life, while she was living far from Prince Edward Island herself. It would seem writing about Pat might have been an attempt to cheer herself up. I guess you might call it transferred homesickness. (See my review of Pat of Silver Bush.)

Now for two of the most famous sufferers of all. I could hardly decide which way around to put them, but think I got it right. 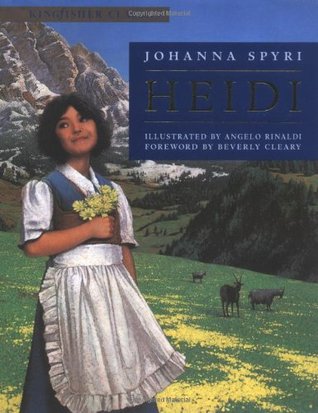 Heidi
This awesome little Swiss girl couldn't dream of anything better than living with her beloved, gruff grandfather on the Alps. She's quite content helping around the house and hanging out with Peter, the young goat herd. So when she's forced to go live with a family of strangers in the city, to be a companion for their disabled daughter, Heidi's health suffers terribly. I felt so sad and homesick on her behalf, and delighted when author Johanna Spyri returned Heidi to the mountains where she belonged, even though I'd never been there.

Dorothy Gale
We surely all know how this girl was swept away from grey, dusty Kansas to the colourful, brilliant and fruitful land of Oz. Even when the folk there offered to honour her permanently, she refused to consider it simply because there was no place like home. All her brave adventures were simply part of a quest to get the great wizard to help her return to the modest little farmhouse with Uncle Henry and Aunt Em. And what joy we share when she finally makes it. (See my review of The Wonderful Wizard of Oz.)

Can you think of any sufferers of homesickness I've missed? Go ahead and add them in the comments. Also feel free to share any homesickness tales of your own, whether it involves stories of people who managed to get back to their favourite places, or people who eventually learned to adapt to somewhere new.

I'll leave you with some nice, fuzzy quotes about home from all over the internet.

Home is not a place, it's a feeling.

Home is where the heart is.

The thrill of coming home has never changed.

And to finish off with a goody from our modern era.

Home is the place where your wifi connects automatically.