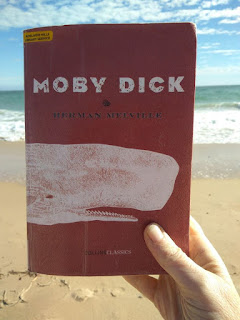 "It is the horrible texture of a fabric that should be woven of ships' cables and hawsers. A Polar wind blows through it, and birds of prey hover over it."

So Melville wrote of his masterpiece, one of the greatest works of imagination in literary history. In part, Moby-Dick is the story of an eerily compelling madman pursuing an unholy war against a creature as vast and dangerous and unknowable as the sea itself. But more than just a novel of adventure, more than an encyclopaedia of whaling lore and legend, the book can be seen as part of its author's lifelong meditation on America. Written with wonderfully redemptive humour, Moby-Dick is also a profound inquiry into character, faith, and the nature of perception.

MY THOUGHTS:
This is my selection for the Classic that Scares You category of the 2018 Back to the Classics Challenge, the reason being it's so dense and the thought of  spending 700+ pages with the crew of a whaling boat left me a bit cold. My potential boredom antennae were twitching, but since it's said by many to be the greatest American classic of all time, I thought this challenge was a good enough reason to dive in.

The main narrator famously invites us to call him Ishmael. Then we are off on his adventure. He's a young school teacher whose remedy for jadedness is to run off to sea. He prefers to go as a sailor rather than a passenger, so that instead of having to pay he will be paid instead. Ishmael hooks up with Queequeg, a south sea Islander who's great with the harpoon. Together they decide to apply for jobs on a whaling ship, and randomly select the Pequod.

The ship is out at sea for a few weeks before the man in charge, the mysterious Captain Ahab, decides to show his face. He turns out to be a scary looking old fanatic with a wooden leg, intent on hunting one whale in particular; the formidable Moby Dick. He's the beast who bit off Ahab's leg, so it's a pure revenge mission. Ahab fires up his crew by promising a huge reward to anyone who manages to kill the legendary brute. Moby Dick has a sinister reputation for bringing disaster on anyone who pursues him, but Ahab will not be deterred.

He blames Moby Dick for all his grief, including the fact that he's too keyed up to relax and enjoy a beautiful sunset.  We are told, 'He piled upon the whale's white hump the sum of all the general rage and hate felt by his whole race, from Adam down.' To anyone who reasons that it was nothing personal on the part of the dumb brute, Ahab has an answer. He will wreak his vengeance whether or not Moby Dick is the principle cause of his mutilation or the mask of the divine. 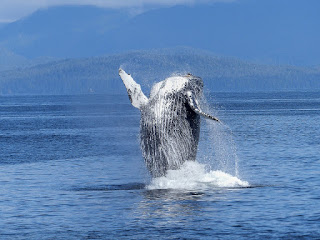 It's a monster of a book! I've read several thicker, but this one seems to have a way of getting no closer to the end no matter how many pages you turn. If you decide to tackle it, get ready to learn far more about whales than you probably bargained for. You're in for massive chunks of history, folklore, biology, chemistry, export industries, hunting methods, tool structure, blubber aroma and anything else you can imagine. There's even a whole chapter about why Moby Dick's shade of white is such a menacing colour. If you falter, the book will defeat you. It's the Moby Dick of books, and I was often on the verge of giving up. But it got to a point where I was so far in, I decided to muster some of Captain Ahab's own grim determination and vow it wouldn't defeat me! So was it worth it? Rather than admitting I wasted hours of my time (especially given the abrupt ending) I'll think of some reasons to say yes.

There's Ishmael himself. I started off grumbling that he's so long-winded, then gradually realised that he has a real enviable frame of mind. Ishmael's the type of person who can entertain himself no matter what life delivers. Throw him any fact and he'll come up with some beautiful and apt analogy. For example, a whale's layer of blubber protects it from icy Arctic conditions and equatorial heat alike. Ishmael instantly reflects how man should learn from the whale and aim to maintain his own stable temperature no matter what's going on around him. Well, if anyone has mastered that knack, Ishmael has. Stick him up a pole or set him squeezing lumps out of a vat of whale slime and he's supremely happy. By the end, I knew his philosophical remarks were what I'd miss most about the book.

I was thinking of adding Ishmael and Queequeg to my list of best literary bromances, but I'm not convinced this pair didn't take it to the next level and knock off the letter b. You'll soon see what I mean if you do get stuck into it, but their relationship is just a side issue to the main story. 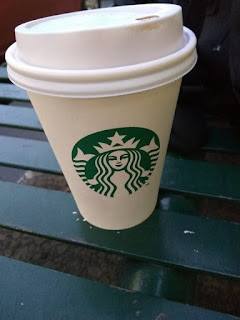 There's Starbuck, the devoutly superstitious first mate, who directs his men in intense whispers. Starbuck's big moment on stage comes when he has a split second to decide which would be most moral. Defying the leader to save everyone else, or submitting to authority, even when it's clearly insane? I would have preferred more about Starbuck's ethical dilemma, and less about the physical features of whales. Even though he thinks his final decision was really the only option, I'm not convinced it wasn't gross negligence. How far should a first mate's obedience to the captain extend, when there are 30 valuable lives under their care? Anyway, the famous coffee chain is named after this guy. That's not just a coincidence, as I'd thought, but a fact you'll find on their website. They really liked his name, and it's probably the sort of trivia that'll stick in my head most. I think Starbuck would have been flattered, but a bit bemused.

What a multi-cultural floating tub the Pequod turns out to be. The three harpooners alone give us some indication. Queequeg is an ex-cannibal south sea Islander, Tashtego a stately Native American Indian, and Daggoo a full-blood Negro picked up from the coast of Africa. And then there's all the others. It makes me wonder if Melville purposely chose the crew's diversity to make the Pequod a symbol of the whole world. (And if so, what hope for all of us?)

We get some wry comedy every so often, just to reward our senses of humour for persevering. Captain Ahab and his first, second and third mates have a strict pecking order when dinner time comes. It's protocol gone crazy. Then there's the time second mate Stubbs orders the cook, Fleece, to tell the sharks to keep quiet. And a ship stinking to high heaven with whale carcasses floats past, bearing the ironic name, 'The Rose Bud.' And I like how the gruff ship owners respond at the start when Ishmael says he wants to see the world. It's something like, 'Look overboard then. That's the only sight of the world you'll see for the next three years.'

Here's one more bit of trivia I picked up. Ambergris is an expensive substance highly valued by the elite, and it's produced solely in the bodies of sick whales. It's used for perfumes, candles, hair powder and pomatum, and Ishmael reflects, 'Who would think such ladies and gentlemen should regale themselves with an essence found in the inglorious bowels of a sick whale?' Maybe it's a more obscure example of the oyster and pearl principle, proving there's more to the world than we might imagine, and the value of suffering.

So overall, it was every bit as scary as I'd feared, stretching my attention level to its limit so often I lost count. Ranking it is a challenge, because there's so much that cancels other stuff out. It strictly deserves two stars based on my ranking criteria, because I really did want to give up several times, but I wanted to add another one for the sake of Ishmael, who's a legend, although a bit of a bore. Hey, I'm not saying it isn't brilliant, and if I'd wanted an encyclopedia about whales, I might've given it five stars. There are descriptions of great beauty on the one hand, but on the other is its slowness. There's great characterisation and humour, but also an abrupt ending, as if Melville just decided enough's enough. Any way I look at it, I think three stars is fair. And at least now I can add my opinion to any conversation about Moby Dick that might crop up, although I admit I've never been in that position before.