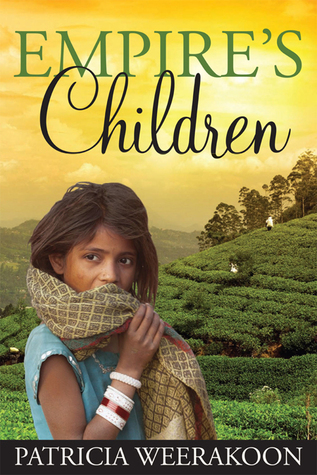 As the daughter of the Tea-maker, Shiro’s life is bound by the expectations of others. But Shiro has no interest in convention. Her holidays are spent with best friend Lakshmi, a coolie labourer, and she dreams of becoming a doctor, unhampered by her gender, her race or her social standing. Privilege is something Anthony and William Ashley Cooper take for granted. On the Sri Lankan tea fields in particular, the English are masters. When Anthony takes over management of the plantation, he discovers the truth about his family’s dealings with the locals. He desperately wants to make a difference – to be a different kind of man – but William’s reckless lust and their father’s never-ending greed stand in his way. Tragedy, grief and separation threaten Shiro and shackle Lakshmi in the bondage of class distinction. Can Anthony’s love of justice set right the wrongs of the past?


MY THOUGHTS:
This is an epic family saga set in Sri Lanka in the 1960s. The Ashley-Cooper family from Britain founded Oriental Produce, the tea company which earned them a fortune. Over the years, many of their male members treated the native staff with contempt, which extended to raping the women. But although this behaviour is second nature to them, the passing years prove that you can't treat fellow humans appallingly without repercussions. As the younger son Anthony says, 'Once the cupboard was open, the skeletons were jostling each other to leap out.'

There's a lot to love about this book. The setting is described with great passion. The word pictures are like photos with added details that appeal to all five senses. The tropical, misty hills with their intense palette of colours and fragrant aromas really come to life. So do the people who live and work there.

Shiro is the type of heroine who makes us want to shout, 'You go, girl!' Even on page 1 as an eight-year-old, she's imagining herself as a ballerina or star. She's the one character who never swallows the stories she's fed. She thinks for herself and judges others on their own merits. She's never passive, but takes decisive action. And she's described by other characters as intense, charming, witty and brilliant. She proves them right by defying expectations, not just when it comes to her choice of vocation but in how she treats her enemies.

Then there's Lakshmi, the coolie girl, who was pushed around so much by circumstances caused by people in positions of power who should have behaved differently. Her mother's heart, and what she's willing to put herself through for her baby son, is hard to forget. Especially since her own parents were such poor examples of love. And it's clear that none of her most menial tasks were ever easy. The tea pickers had to work fast, but pick the best quality leaves at the same time.

My main gripe was occasional sudden time jumps. We get used to things being a particular way, and then suddenly weeks, months or years have passed, and the characters' situations and attitudes may be completely different. The reader has to make mind leaps to catch up. It feels like we're getting selected slices from their lives, and makes the flow a bit jerky. There were more of these toward the beginning than the end, which was good. I can think of several examples, but one of the main ones concerned Anthony's maturity from teenager to man, so I'll focus on that one.

We first see him as an entitled sixteen year old on his way to visit the tea empire he'll inherit some day. He's blonde haired, fair skinned, and told to get used to being treated like a god. His father James has brought him up with the racist mind-set, and Anthony looks down his nose at everyone, taking fawning behaviour from locals as his right for being 'better' than them. Even a captive elephant is forced to salute him. His manner is bored and condescending. Yet he shows vague signs of awkwardness with all the fuss, knowing in his deepest heart that being white doesn't deify a person.

At this stage, he seems ripe for some awesome character development, and I was rubbing my hands together, waiting for it. To put him in a context we may all recognise, if you're a Harry Potter fan, imagine Draco Malfoy as a Muggle in Sri Lanka. That's a perfect picture of Anthony Ashley-Cooper at this stage. But then we have one of those sudden time jumps. Next time we see him, he's grown-up, finished Uni and turned good and humane without us. I was a bit sad when it happened off stage :(

Sometimes the language and sentiments expressed even by 'good' characters get a bit rough. People toss terms like 'mongrel', 'bastard' and 'idiot' around at each other in normal conversation, making me think, 'Whoa, isn't this sort of personal attack usually reserved for the baddies?' But I'm sure it must be very accurate for their time and place, so might turn out to be a strength of this story. It's good when readers are given an authentic picture of what we're reading about, rather than a watered down version to suit people's sensibilities. (I have to say, even though the native Sri Lankan heroines had such a lot pitted against them, the person I felt sorriest for at the end was a supposedly privileged white woman, Janet. That poor lady! See if you agree.)


Overall I was pleased by the way the story eventually came together, and when I get out my Sri Lankan tea leaves, which some friends brought us back from a mission trip, I'll remember these characters and all they went through. That's the ultimate sign of a good story.

Thanks to NetGalley and Rhiza Press for my review copy.