I'll start with a bit of background to this post. In winter 2003, I expected to have a lot of time to myself the following year. My son was in Year 3 and my daughter in kindy, soon to begin Reception. But my son became very unhappy at school. I wanted to try a stint of homeschooling, just to see if his spark would return. At the same time, my husband was planning to resign from a job which had bored him for a long time. We intended to take a caravan holiday up the coast of Australia before settling down to homeschooling. Then I discovered I was expecting a third baby! For a while, we wondered if this would throw a spanner in the works, but decided to go ahead with the plans anyway. A newborn baby boy shouldn't make it impossible to live on the road. So we sold our house and for a few months of 2004 we were all five of us homeless travelers. And I've been homeschooling ever since.

Finding time to pursue writing, my own hobby and craft, was important to me. Over the years, I've been asked how I managed to do it with kids always at home all day long for all that time. I'll try to answer that here. 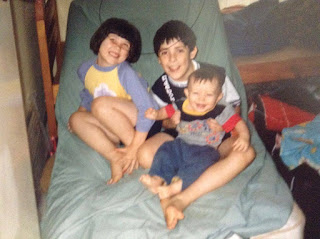 I've been a homeschooling mother for such a long time, it's morphed into a comfy lifestyle rather than any particular teaching method. Interruptions are just a way of life. Putting aside a specific time for routine quickly became a bone of contention, and eventually a joke. When the kids were engrossed in some pursuit of their own, those were the times I'd work on my own novels. They could be any hour of the day. I'd just snatch it.

Interruptions would blend into each other so we couldn't tell them apart. Was reading them 'Story of the World' an interruption from my writing, or was my writing an interruption from 'Story of the World'? It got to the point where it didn't really matter, because it was all just stuff that we did. So was taking them to archery lessons, dance lessons, art lessons, and currently Japanese lessons for my youngest. And it was the same with nature hikes, allowing my daughter to cook, or letting the three of them loose with the video camera to create their own little current affair or movie take-offs.

But I found having the kids around 24/7 improved my writing habits in a good way. When you have to snatch your moments, you don't get so intimidated by a blank page. I'd think, 'This is probably the only hour I'll have today, so I'm not going to waste it by getting all freaked out or overly serious, as I used to do at Uni. I'll get something on the page to work with later, no matter what it is. If I keep worrying about choosing the right words straight off, and not being good enough, I'll never get anything done at all.' And then surprisingly, I'd get quite a lot done. 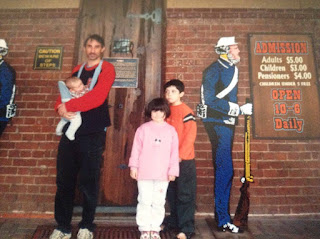 Interestingly, I came across something Julia Cameron wrote in her, 'Sound of Paper' that matched my experience. She said that when her daughter was small, she had to make her writing 'portable and doable.' Julia wrote, 'We get a lot done when we give up the dream of writing full time and settle for patchwork squares of time here and there.' Since I've written nine novels and countless blog posts and reflections, I have to agree with her. I'm now well on my way through a tenth book based on some family history. Patchwork squares of time are great.

When I started writing the novel which became 'The Risky Way Home' my eldest son was a crawler busy pulling himself up on the briefcase I used to keep the manuscript in, to practice walking. When I wrote 'Picking up the Pieces', I used to work it on it when I'd dropped him off at kindy and driven around a few blocks to get his baby sister to sleep in the back of the car. Then I'd park somewhere nice and start writing.  It was a good life. 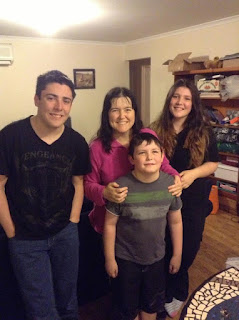 Admittedly, my kids made it reasonably easy. They are all three low-key personalities who have long attention spans and are happy to spend time by themselves. On many occasions, we all welcomed the opportunity to get on with whatever we were doing and not bother each other. I'm not sure how I would have coped with hyped-up, energetic, socially demanding kids. But here's what a couple of other writers have had to say about writing with kids around.


Fay Weldon, when asked why she wrote longer sentences in her later novels, replied, 'As my children grew older, I had fewer interruptions.

Anne Tyler: It seems to me that since I've had children, I've grown richer and deeper. They may have slowed down my writing for a while, but when I did write, I had more of a self to speak from. 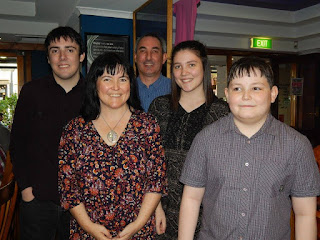 Look out for my post next week, when I talk about the flip side of this one, Kids living with Writers. From what mine have said, it can be interesting.
Posted by Paula Vince at 5:00 AM