The Legend of the Mean Girl - and Six Examples 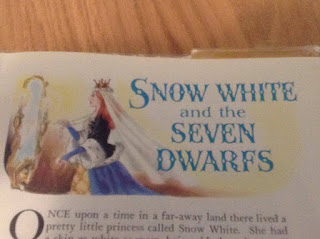 So many mean girls pop up in literature, it's easy to assume they're all stereotypes. In a way, I wish that was true. The only problem is that most of us can probably identify at least a couple of girls from our own pasts who share some of their characteristics. Here are just a couple who have helped form the legend.

1) Caroline Bingley from Pride and Prejudice
She sets her sights on Fitzwilliam Darcy from the get go, and thinks it will be easy to take Lizzy Bennett down in small, subtle ways. Snide comments about Lizzy's supposedly inferior background, condescending insults disguised as kindness, and compliments designed to stroke the male ego are all tools in her arsenal. Caroline knows how to use them well. She seemed to inherit her brother Charles' share of slyness and calculation along with her own. He never seems to have enough nous to latch on to the artificial ways of his society. That makes him prey for the crafty.

2) Josie Pye from Anne of Green Gables
This girl is adept at calling attention to the shortcomings of others. She's even better at noticing admirable qualities in other girls, getting her jealousy stirred up, and then twisting them to appear like shortcomings instead. Josie is the type others set out to impress, and learn later that it's an impossible quest. Her attitude probably stems from low self esteem, but makes her a parasite. She feeds on put-downs of others to build herself up.

L.M. Montgomery has equivalents of Josie Pye in her other series too. Emily Byrd Starr finds herself the enemy of the supercilious Evelyn Blake. And Pat Gardiner acquires a mean girl as her sister-in-law, when critical, controlling May Binnie marries Pat's brother Sid.

3) Nellie Oleson from Little House on the Prarie
She first appears as the dolled-up little town girl who looks down her nose at Laura and Mary because they are poor. Nellie believes her shop-keeper father is far superior to their hard-working, farming Pa, who she perceives to be a loser. Never the type to keep her opinions to herself, she spreads her snobbery far and wide. Later when they're teenagers, Nellie has a good, hard go at stealing the affection of heart-throb Almanzo Wilder from Laura. To his credit, he never even notices the power-plays going on in his own buggy.

4) Pansy Parkinson from Harry Potter
Nastiness just seems to radiate from this pug-faced Slytherin girl. She's one of those people who derives genuine pleasure from making others upset. Instead of empathy, she thrives on bullying. I seem to remember J.K. Rowling revealing that Pansy was a composite of several mean girls she'd come across in her school days. And when asked why Pansy didn't end up with Draco Malfoy, JKR replied that she certainly wasn't going to let this anti-heroine get the man she wanted.

5) The Ugly Stepsisters from Cinderella
These two seem to be evidence that nastiness can be learned. They never question their mother's brainwashing that they are better than their step-sister, and therefore feel free to order her around, keep her confined to household drudgery, and call her names. It's a pity the father never noticed and put a stop to it. Several stories with nasty, conniving females also seem to have clueless males.

6) The Stepmother from Snow White
I get the impression the hapless man married a much younger woman than himself the second time round. That's why she regards Snow White as a rival for her beauty, rather than a lonely daughter to care for. And the blunt honesty of her magic mirror makes it too easy for this woman's jealousy to fester. She'd rather stage a gruesome murder than accept that she might be the second prettiest female in the land. That is one scary premise. Maybe it's even scarier that when we're little girls, we all nod and accept this without a turning a hair.

So there you have them. Although I can think of countless more examples from the pages of others novels, I thought I'd stop with these six, who most people would probably know.

If you want more examples of characters who have taken the mean girl persona to the extreme, you may enjoy an earlier post of mine, 10 Wicked Women in Novels