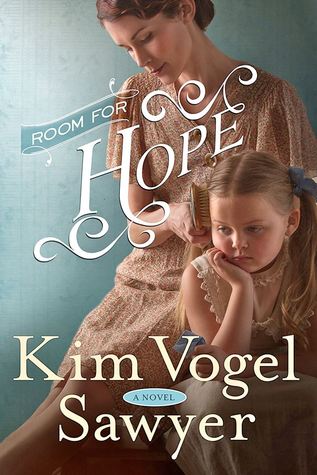 In a desperate time, can Neva find forgiveness for a grievous wrong—and make room for hope?

Neva Shilling has a heavy load of responsibility while her husband travels to neighboring communities and sells items from his wagon. In his absence, she faithfully runs the Shilling Mercantile, working to keep their business strong as the Depression takes its toll, and caring for their twins.

When a wagon pulls up after supper, Neva and her children rush out—and into the presence of the deputy driving a wagon carrying three young children. The deputy shocks her with the news that Warren and his wife have died, insisting it was their last request that the three children go live with “Aunt Neva.”

Neva’s heart is shattered as she realizes that Warren’s month-long travels were excuses for visits with his secret family. She wants nothing more than to forget Warren, but can she abandon these innocent children to an orphanage? Yet if she takes them in, will she ever be able to see them as more than evidence of her husband’s betrayal and love them the way God does?

MY THOUGHTS:
The year is 1936. Mrs Neva Shilling has fourteen-year-old twins and a travelling salesman husband, Warren, who she loves dearly. One evening, she learns that he's passed away suddenly, along with another wife he had in a different town. With his dying breath, Warren left desperate instructions for three small children to be delivered to Neva to take care of. Reeling with shock, she has to figure out what to do with Charley, Cassie and Adeline.

People don't want to live a lie, but when the alternative is being shunned and criticised by former friends for something which isn't your fault, it's easy to understand Neva's instinctive reaction to keep the facts to herself. What Warren did is pretty shocking even by twenty-first century standards, but at least these days you'd expect people not to take it out on the innocent children (I'd hope).

One of my favourite characters is Neva's girl twin, Belle. What a loving and sweet spirit she has. My other favourite character is Charley. Having two sons of my own, my heart goes out to sad little orphan boys, and I found it easy to imagine myself in his position. You're eight years old, you've just lost your parents, you're worried that you may be separated from your two younger sisters, you know nobody likes you, and you can't understand why. I just wanted certain main characters to wake up to themselves where he was concerned.

For awhile, it seemed there was an interesting love-triangle sort of thing happening, with two equally worthy contenders sharing Neva's attention. There's Jesse Caudel, the new sheriff, and Arthur Randall, a lonely single dad who owns the furniture emporium next door. Even though Warren had two wives, Neva couldn't have two husbands, of course, so it became a guessing game. I can often pick them right, but this time I was thinking it would surely be one of them when it turned out to be the other. It was nice that there was a bit of romance, but the focus of the story is definitely the family.

For anyone who loves stories which delve into relationships between brothers, as I do, this fits the bill, even though the cover emphasises the feminine side of the story. Charley has the whole wistful little boy thing going, as I already said, and Bud puts on a big, tough guy front while deep down, he's bewildered and resentful about the changes taking place in his life. The dynamics between these two are one of the highlights for me, with some fairly dramatic happenings.

I read through the story pretty fast, and it left me wishing for a sequel about the five siblings once they've grown up.

Thanks to WaterBrook Multnomah and Blogging for Books for giving me a review copy through NetGalley.