10 stories in which reading and writing feature in the Bible

Reading and writing have played a pivotal part in my own life. I looked up some Bible precedents, hoping to show the vital role they've played through history. I've set these ten examples out not in order of importance but roughly chronological. Rather than just stating how important reading and writing are, there's nothing like seeing it in action. The best part is, you don't have to hunt out several books to check these incidents out, but just one.

1) Moses smashes the tablets
The great leader of Israel had been up on Mount Sinai, taking dictation from the great Author Himself. The 10 Commandments, so crucial to living a good life, formed the basis of Old Testament Law. God wanted all the people to be familiar with them, and instructed Moses to etch them into stone. It sounds like an early version of publication.

Meanwhile, the people were running amok down on the plains. They'd managed to coerce Moses' more pliable brother, Aaron, who had lost all reins of leadership, to make them a golden calf. They wanted something visible to worship instead of the One True God. When Moses returned to find this going in full swing, his temper flared and he smashed the stone tablets to pieces. However, God allowed him to replace them later. 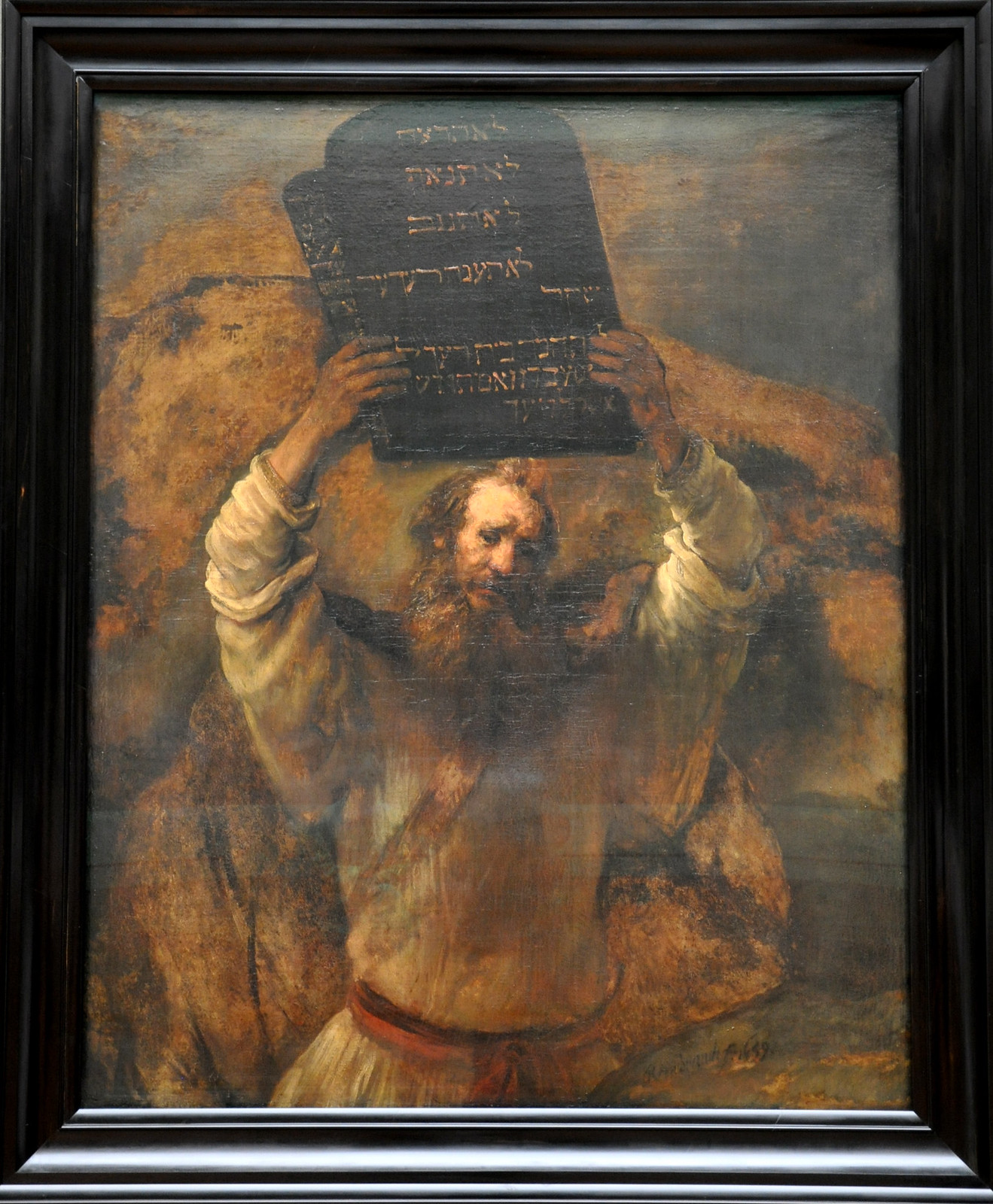 2) David's poetry rocks.
From the time he was a young shepherd boy, Israel's great king had spent years recording his impressions and prayers in writing. His Psalms have been a comfort for thousands of years to billions of people all over the world. Those words which he wrote so long ago still ring clear and true for many of us in our own circumstances, helping us to form our prayers. In retrospect, prophecies which have been fulfilled are also evident in the writing of David.

3) Solomon writes a love song.
David's prosperous son is well known for his love of the fairer gender and the size of his harems. The recipient of the Song of Solomon must have been truly remarkable, when you consider the thousands of women he had been intimately acquainted with. This beautiful literary work has become synonymous with the love of God for us, who form His church.

Solomon also wrote the Proverbs, which have helped people find their wisdom within for centuries.

4) Josiah discovers an archive.
This good-hearted boy king had set his heart to follow the true God of his ancestors, unlike the generations directly before him. One day, a discovery was made in the depths of the temple; a copy of the Book of the Teachings, written centuries before his time. Its contents showed Josiah just how far they'd fallen in their moral standards as a nation. Knowing that he was in the position to take action, Josiah used this piece of literature to change multiple lives and make massive reforms. Those in his kingdom may have had mixed feelings about the changes, but this event shows that as far as the recorded, written word is concerned, the passage of time is irrelevant.

Read here for more about Josiah.

5) Jeremiah's book is incinerated by the king.
This long-suffering prophet and his secretary, Baruch, had worked so hard on their book. Jeremiah had received the contents of the prophecy from God. When their work was brought before King Jehoiakim, he showed his contempt by clipping the scroll into pieces and flinging it into the fire. Not disheartened for long, Jeremiah and Baruch started all over again.

Although Jeremiah never saw many tangible results of his prophetic work in his own lifetime, the book he wrote was destined to become included in Biblical scripture, which such beautiful passages as the potter and the clay, favourites of thousands through the ages. It's a great encouragement for anyone tempted to lose heart because our writing seems a waste of time.

6) Young Jesus talks to some intellectuals.
On their way back to country Nazareth after spending Passover in Jerusalem, Mary and Joseph each assumed their 12-year-old son was with another caravan. They came together to discover he was nowhere to be found. In a panic, they rushed back, and found the boy chatting with Bible scholars in the temple about God's Word. He was surprised to find them worried, and told them he thought they'd guess where he'd be.

This story is fodder for homeschoolers like us. Even Jesus had to study the written word of scholars and prophets to help him figure out his life's purpose. The scholars learned something that day too. Never underestimate the impact of somebody less qualified than yourself. They might be young, they might be country-bumpkins (and to all appearances, this person was both) but you never know who you might be talking to.

7) Jesus reads to an audience.
Near the start of his public ministry, he was asked to read in the synagogue, and chose the Book of Isaiah. Jesus clearly explained that he was the one hailed as Messiah, ready to fulfill the prophecy. It didn't appear to go over so well. The people rose in anger, ready to stone him for blasphemy, but because his time had not yet come, he was able to get away.

Just because a crowd may react badly to somebody's interpretation of a piece of writing doesn't mean it's not true. It's also possible to be so familiar with said piece of writing that we miss its true meaning, even when it's right in front of us.

8) Jesus explains the significance of stories.
This has probably surprised many, but he was known as a storyteller rather than a typical preacher with a message or sermon as we think we know them. The Bible goes so far as to tell us that he rarely opened his mouth without a parable. His followers asked him why, and I love his reply. Jesus said, in effect, that rather than being bombarded with truth in a blunt, straightforward manner, it has a way of sneaking into people's hearts, and opening blind eyes and deaf ears, when it comes in the form of a story.

This reflects what others have said about deeper truths to be threshed out in myths and stories. Don't ever underestimate them just because they appear to be nothing more than made-up fictions.

Read here for more about this.

9) Philip helps a eunuch.
This man, reading in his chariot, happened to be a high official in the court of Queen Candace of Ethiopia. God found it so vital to provide help for him, as he tried to fathom scripture on his own, that he transported Philip from miles away, to be the one to help shed some light. Never underestimate the value of discussing a piece of literature with others. It would seem God doesn't. 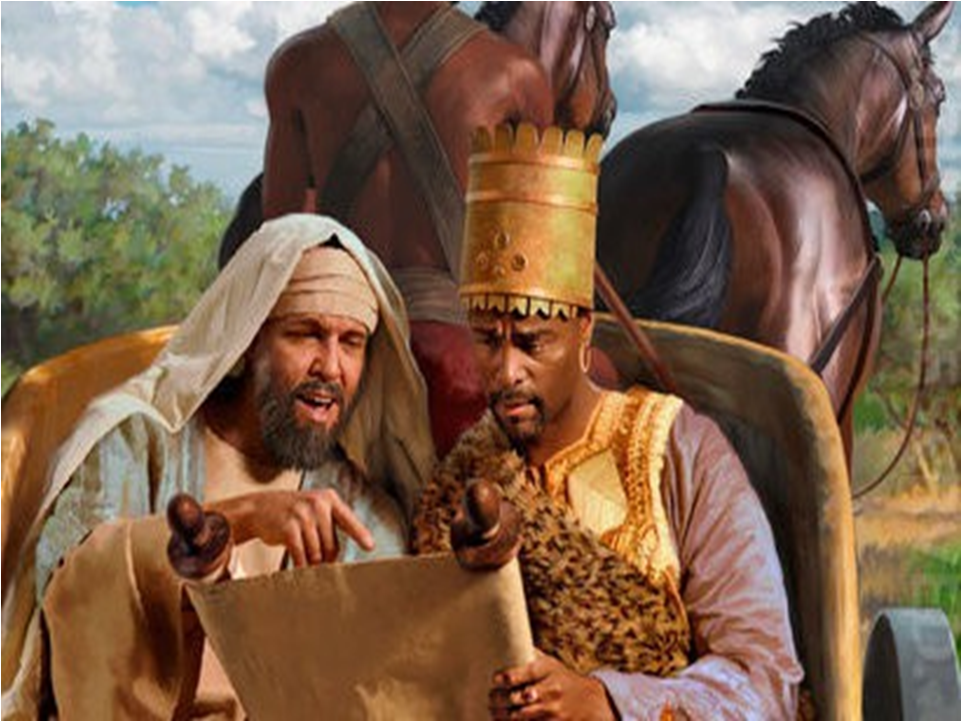 10) Paul's letters go the distance.
The great Apostle may not have imagined his letters would go any further than their intended recipients. What would he think if he'd known they'd be incorporated into the Bible? Not only Timothy and Titus but millions of young men through the ages would benefit from his fatherly counsel. And not only the ancient churches of Thessalonica, Ephesus and others, but a countless number would benefit from having his guidelines before them, helping them not to slip up.
Posted by Paula Vince at 3:18 PM