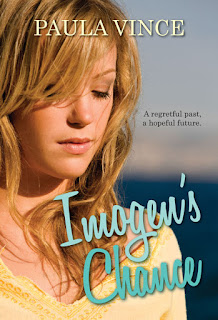 It's approximately one year since this last novel of mine was published. The timing was great, as Imogen's Chance has just been the featured novel on Marion Ueckermann's beautiful 'A Foreign Affaire' blog. I believe the waiting list to be a guest is fairly long, and I can understand why, as one entire month is devoted to interesting information on each book. This includes place backgrounds, and interviews with three different people; the two main characters and the author.

After all this time, I wasn't sure what I was going to say, let alone what Imogen and Asher would say.

Here are all the links, if you'd like to either reminisce with me, or whet your appetite for 'Imogen's Chance'

Some of Asher's favourite things

Imogen Browne - A few of her favourite things

Paula Vince - Up Close and Personal