I live in Australia, which as many know, tends to be an obscure country when it comes to the media. Lots of celebrities in the arts have moved overseas to try to 'make it' in places where they believe more is happening. When you look at Australia's situation at the bottom of the globe, it's easy to understand why this may be so. It takes a glance at the whole picture to show how far removed from the rest of the world we are. (Apart from our Oceanic neighbours, such as New Zealand and Papua New Guinea, who share our plight.) It's all very well to say we're surrounded by ocean on either side, but words alone don't paint an adequate picture of just how much Pacific Ocean there is to our east, and Indian Ocean to our west.

Okay, having established that, I remember an interesting message my pastor once gave, about how our position in the world is basically an arbitrary choice made by the world's map makers throughout history. Our planet is out in space, so it could have just as easily been flipped upside down in our Atlas, which would put Australia high in the north. It wasn't done that way though. We are far south in everyone's minds, which has connotations of being 'down there'. We have deserts, kangaroos and blokes slouching around in tank tops and thongs. That's us, in the world's eyes.

So having established that, my state, South Australia, is probably one of the most obscure states in an obscure country. This hit me hard once when I was part of a group of Aussie Christian authors who were talking live online to several American readers. We asked where they would like to go if they were able to visit Australia. The answers, although not surprising, were overwhelming.

'I'd like to see the beautiful eastern coast... Sydney and the Harbour Bridge... the Gold Coast with all the theme parks... it would have to be the Queensland tropics with the Great Barrier Reef... Ayers Rock. How beautiful... I've heard that Tasmania is lovely, with all its produce.' South Australia was mentioned just once, and that was by a lady who had relatives living in Adelaide, who had told her how beautiful it is.

Once I acknowledged that I'm living in the most overlooked state of the most overlooked country, other things began to slot into place. I remember asking my dad, 'Why didn't your father ever become more famous?' He had such a successful boxing career that he'd been asked to retire, to let younger men have a fair go. Yet if you search for my grandfather on the internet, hardly anything comes up. 'Why isn't Red Mitchell's name as widely recognised as Les Darcy's,' I asked.

I took Dad's answer on board without a thought at the time.

'He was only South Australian.' That said it all. 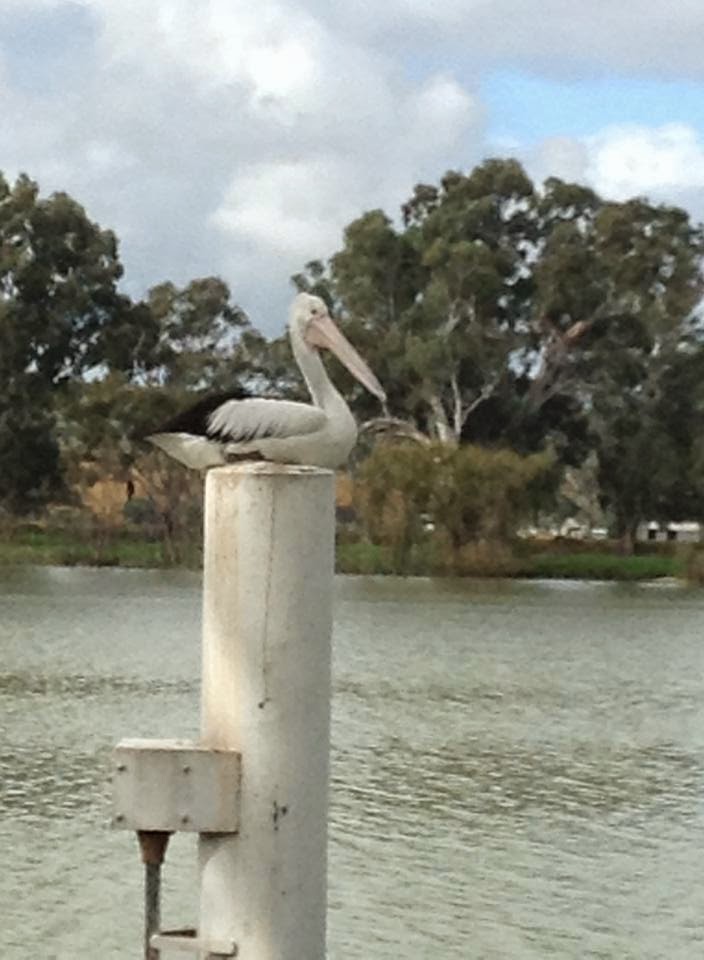 I finally got it when people started suggesting that I might want to change the settings in my books. 'They won't get anywhere if you keep using South Australia. You should make it Sydney. At least the rest of the world has heard of it.'

I don't know about that though. It might not be wise because I'm a South Aussie girl all through. The blood of several generations of others flows through my veins. Some were Germans who wanted to flee religious persecution in their own country, and others were Brits who wanted a brand new start away from the mid-nineteenth century poverty they'd struggled with. They all became South Australians. Although I'm not one of those people who couldn't possibly live anywhere else (such as Emily Bronte and her Yorkshire moors or Heidi with her Swiss Alps), I'm so familiar with my home that the South Aussie authenticity can't help slipping accidentally into my stories. It probably wouldn't work if I tried to adopt another setting.

I use words such as 'Fritz' and 'Fruchocs' assuming that everybody will know what I'm eating. I use long R sounds, pronouncing 'castle' as 'carsel' instead of 'cassel', and 'graph' as 'grarf' instead of 'graf.' I know all about Beehive Corner, the Silver Balls of the Rundle Mall, and the State Bank Christmas pageant without having to research these things. I've always thought of using my own environment for my novels as putting my stamping ground on people's radars. My South Aussie settings have been my trademark, not because I'm doggedly stubborn, but because I'm not sure I could easily change if I tried. 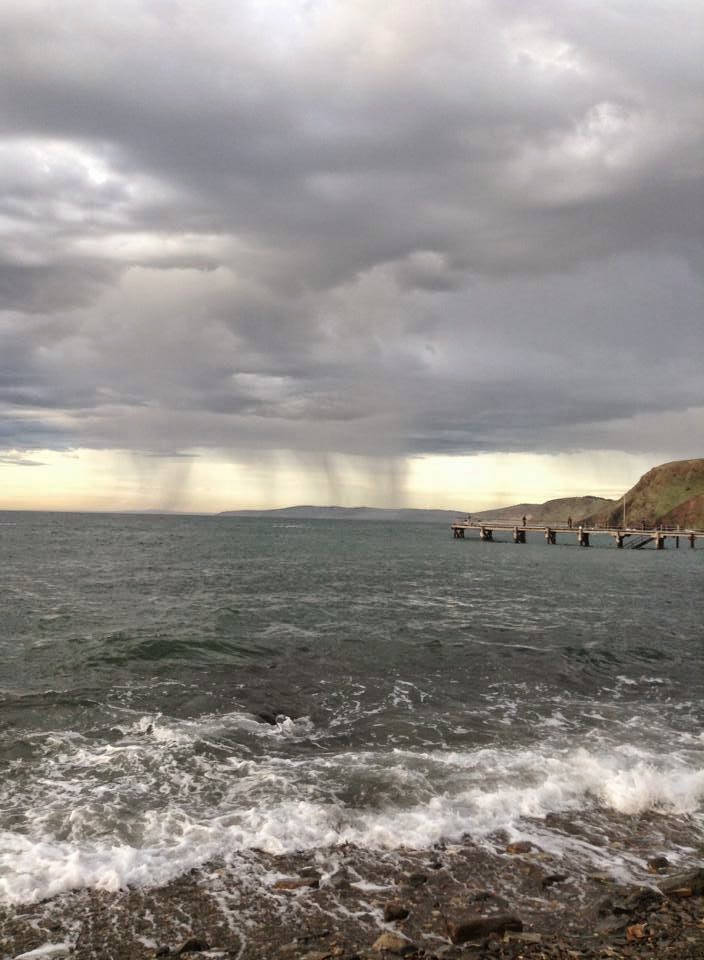 I'm not really sure I'd even want to sacrifice my setting, as it really is a beautiful corner of the world. South Australia has four very distinct seasons. If you were to see a photo of my Adelaide Hills, you'd be able to tell whether it was summer, winter, autumn or spring. When we speak about going to the beach, we're often talking about safe, warm gulf waters which have lost the Southern Ocean chill. It's been a pretty good home for me. At the moment, even though it is the most obscure place in the most obscure place, I tend to think I'll probably keep using it for the time being at least. I'll finish up with this photo, taken in Adelaide last week, of me with the statue of Catherine Helen Spence, a very illustrious South Australian lady who became an author, journalist, politician and well-known suffragist, all from the obscure spot of South Australia. She bloomed where she was planted, and so can we. 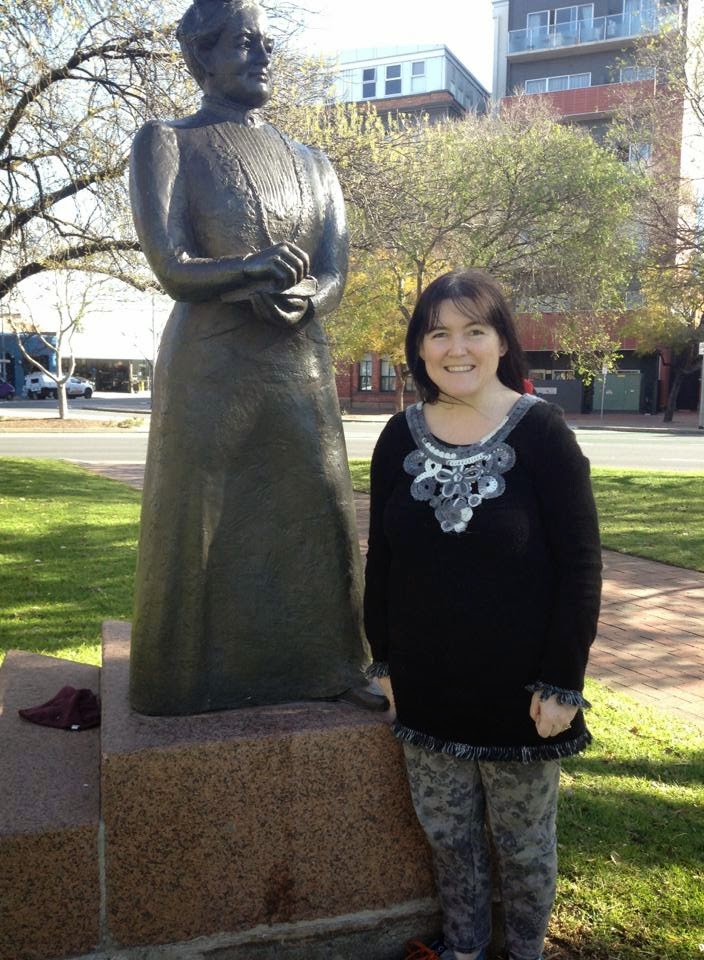