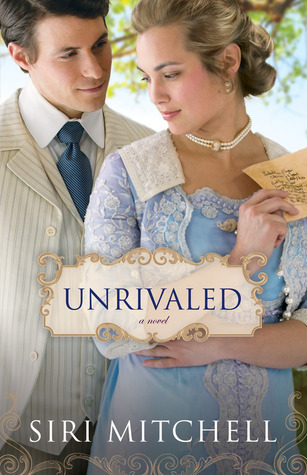 Lucy Kendall returns from a tour of the Continent, her luggage filled with the latest fashions and a mind fired by inspiration. After tasting Europe's best confections, she's sure she'll come up with a recipe that will save her father's struggling candy business and reverse their fortunes. But she soon discovers that their biggest competitor, the cheat who swindled her father out of his prize recipe, has now hired a promotions manager--a cocky, handsome out-of-towner who gets under Lucy's skin.

Charlie Clarke's new role at Standard Manufacturing is the chance of a lifetime. He can put some rough times behind him and reconnect with the father he's never known. The one thing he never counted on, however, was tenacious Lucy Kendall. She's making his work life miserable...and making herself impossible for him to forget.

Lucy Kendall's father has recently suffered a heart attack and money is tight, so her mother is determined to sell his candy making business, City Confectionery. Lucy is equally determined to do all she can to save it, even if she needs to stoop to an advantageous marriage to take the pressure off. She decides maybe sabotaging their rival company, Standard Manufacturing, may yield the best results.

Charlie Clarke is a young man with a seedy past who is coerced into working for his father's lucrative candy business, even though his father deserted him when he was a child. It's hard for him to shake off the feelings of betrayal and regret he'd held onto for so long. Charlie's fond memories of eating Royal Taffy when he was small and destitute remind me of another Charlie and his attitude to sweets, but his father is certainly no good-natured Willy Wonka, in the way he chooses to operate his factory to maximise profits.

This is a fun, comic romance with underlying depth. Both protagonists have their own separate reasons for shunning God; Charlie for the seven-year-old boy he used to be who wasn't rescued, and Lucy because He'd given her a talent and passion for something she seemed to have no outlet for. The public reaction to some of her early attempts to save the company were interesting. I can't help wondering whether it really tasted so bad, or if Lucy was simply a trendsetter in the world of confectionery way ahead of her time.

The other characters are funny. Lucy's father keeps spouting his wisdom in candy analogies whenever he opens his mouth, such as, 'You can't save spun sugar once it begins to melt but you can turn it into something else.' I could understand her poor mother, old before her time, having poured so much of her life into somebody else's dream, with the feeling she has nothing to show for it. And I love Winnie Compton, who has the gift of being frank and seeing through people's ruses. (Sometimes I wished Charlie would fall for her instead of Lucy.)

Some of Lucy's reactions come across as way over the top. She's a pretty immature heroine, but being only 19, and brought up the way she was, it's easy to understand. Lucky for her, the man who wins her heart turns out to be Mr. Right. Some young girls are not so fortunate. I get the feeling she still has a lot of growing up to do, but she has a good heart and the love of man who, although not much older, is more stable because of his hard early years. Charlie will surely still have issues with her, but he knows what he's getting in for and won't mind. And she definitely learns her lesson, that sometimes her actions backfire, when the people she intends to hurt aren't really the people who end up getting hurt.

As for Charlie, I can't keep wondering whether he'll keep burying the rakish Charlie beneath the mask of the well-dressed, stuffy 'Charles' his father and step mother want him to be. I was hoping he'd tell his old man a thing or two, and although he did in a way, I can't help wondering whether Warren still got off far too lightly. Maybe Charlie's rebellious little woman will be equally good for him after all.