Empathy - Can you overdose? 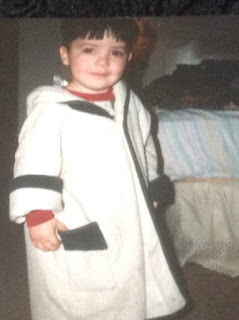 I'll start with a true story.

Once upon a time, many years ago, my husband offered to read our little boy a bedtime story. I fixed myself a cup of tea and settled down with a book of my own for a leisurely evening. Suddenly, the peace was shattered by an earsplitting scream. A tiny figure tore out of his bedroom and past my lounge chair with tears spilling down his cheeks, sobbing as if his heart would break. He didn't stop running.

A moment later his dad followed, saying, 'Logan, don't worry. Even though that emu died, Spindles makes lots of new friends. Just in the very next chapter, there are new bush critters and they stay alive for longer. Hey, come back!'

That just made the screams even louder. It was going to take hours of major settling down now, because our three-year-old son was a victim of empathy overload. I recognised the symptoms from some of my own run-ins with emotional stories.


There have been several reports on the internet recently explaining how fiction readers tend to be more empathetic people than those who stick to non-fiction or don't read. You've no doubt come across a couple. I've figured out two main reasons to explain this.

1) Science shows that areas of the brain which correspond to action taking place in a story light up when we read. If the protagonist, Mike, runs for his life, it stimulates the area of our cortex which would be affected if we were actually running.

2) In novels, it's super-easy for us to experience stories through the characters' points of view, whether we're reading in first or third person. We can't help relating strongly to these people when our eyes are skimming over their very thoughts, as if they're taking place in our own heads.


Reading fiction definitely boosts our empathy muscles. There's no doubt about it. And that's a good thing, because it helps us to be more understanding and caring, less selfish and narcissistic. But do you think it's possible to get too much of a good thing? Just as gorging on too many apples can make a person sick, I've upset myself for weeks by indulging in novels which turn out to be too sad.

If a blurb hints at tragedy, grief, devastation or heartache, I've learned to proceed with caution. Sometimes it's wisest to just pass up the opportunity rather than put myself through it. Other readers have told me that they thrive on emotionally harrowing stories and memoirs, because they help them realise that their own lives are not too bad after all. We all have to know ourselves well enough to gauge what we can handle. For me, it goes far beyond a simple lesson in perspective. Although that works for some, the dose of medicine is often too strong for me.

I've been known to actually give myself physical symptoms, like stomach upsets, because of this. My mother-in-law once said that she found it hard to get over the ending of 'Seven Little Australians' when she was young. And it can spread to infect others at times. Logan struck again, aged 9, when we were on a family holiday in the middle of desert plains somewhere in central NSW and he was reading a book in the back seat.  One of his favourite characters was killed, which got him crying, and 5-year-old Emma followed suit when she heard what happened. Their two-month old brother was the only person in the back seat not crying, for a change.

Where do you stand on this? Is the HEA (happily ever after) a sign of naivety mainly used for escapism and fairy tales? Or is the tragic tale the vicious tool of operatic productions, arthouse theatre and grim writers who have a deep and meaningful statement to make?

Our little boy at the start of this blog post is about to turn 21 this week. He would probably deny the presence of his softer side, but even though he's become more expert at concealing his tendency to empathy overload, I believe it's still in there somewhere.
Posted by Paula Vince at 12:03 PM