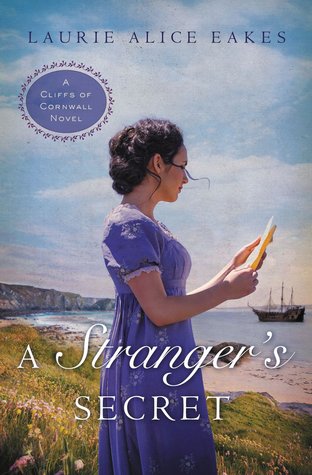 As a grieving widow, Morwenna only wants to make a life for herself and her young son at her murdered husband s estate. Until an unconscious man washes up on her shore, entangling her in a web of mysteries that threatens everything she holds dear.

Still grieving the loss of her husband, Morwenna Penvenan fills her days preserving her son s heritage: the dilapidated estate his father left them. But all attempts at restoration are thwarted when she is accused of deliberately causing ships to crash on her shore in order to steal their cargo. While seeking clues to the true culprits, she finds an unconscious man wearing a medallion with the Penvenan crest enameled upon it.

Upon learning of his father s death, David pursues answers to the many questions left in his father s wake: Why was his father in Cornwall when he said he would be in Scotland? Why did he die in possession of a medallion belonging to a prominent Cornwall family? Why did his father take money from the family s ship-building business? And why did someone kill him? Only after waking up at the Penvenan estate under Morwenna s care do the pieces start falling together.

OK, over the last few years, I've come across a few other plots involving washed up, unconscious men discovered by heroines on the shores of their beaches, ponds or swamps. I wondered what would make this one special or different. Being set on the rugged coast of Cornwall was the drawcard for me. It's that nineteenth century time period when wreckers were notorious for deliberately luring ships to their doom for treasure and extra revenue. I was intrigued by the fact that the hero, although a stranger to the heroine, was wearing a medallion bearing her family crest when she found him.

Although she helps nurse him back to health, Lady Morwenna Trelawny Penvenan and shipbuilder David Chastain both believe they have good reason to regard each other with suspicion. All he knows is that he'd been on a mission to bring his dead father's body back from Falmouth, and suddenly finds himself a seriously injured guest beneath her roof. And David is well aware that Lady Morwenna is under suspicion of being part of a wreckers' ring herself. She certainly could use the money. For her part, she's desperately trying to clear her name and preserve her infant son's inheritance. Morwenna wonders why that medallion had been in David's possession, and who stole it the moment she was gone.

As I read, I wondered whether there might have been a previous novel, as references to Morwenna's grandparents and cousins made the plot sound thicker than it seemed on the surface. Her absent cousins, Elizabeth and Drake, seemed to be written larger than life, making me wonder if their escapades were part of other stories which I missed. I checked and saw that it was true. I should have read 'A Lady's Honor' first, which might have helped make a few aspects of this story clearer. Some sequels can stand alone but I'm not sure this is one of them.

Although I liked David from the start, it took me longer to warm to Morwenna. She comes across as very defensive and snippy. Not having read the prequel, I saw no problems with her grandparents' behaviour early on, for example, making me wonder why Morwenna had to keep her stand-offish pride intact. Even as secrets are gradually revealed, I feel her mysterious, self-sufficient attitude helped distance me from this main character who I would have preferred to relate to. She tries so hard to keep everyone at arm's length, it works even with the reader. However, if I'd read that prequel, it might have made all the difference.

Being reminded of David's attraction to Morwenna's stunning beauty got a bit tedious, along with how slight and delicately built she is. This was getting to the stage where I was saying, 'Yeah, come on, we know already,' whenever yet another mention popped up.

In many ways, the plot is good, with a romance involving a decent dash of mystery and threats of danger. I'd just recommend that you read the first book first, so you're not floundering as I was.

Thanks to NetGalley and Zondervan for my review copy.