Interview with Paul Daniels from 'Secrets and Lies'


Welcome to this year's first interview. Today on my blog, I have the privilege of talking to an interesting and talented young man named Paul Daniels. He and his mother, Carol, are a couple of main characters from suspenseful novel, Secrets and Lies, which I've reviewed here. 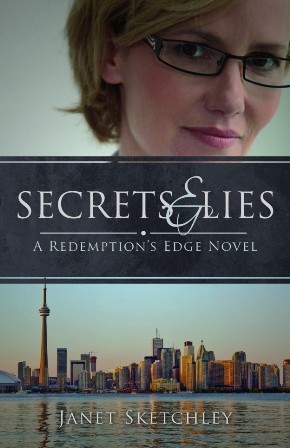 1) Those who read this blog are probably aware of a family member of yours who you're not proud to claim, to say the least. You're among friends here. How has having Harry Silver for an uncle impacted your life?

When I was little, he was this famous racing driver and being related was awesome. Then he got arrested. Mom just said it was for murder, but it didn't take long to find out the rest from the older kids at school. That was a pretty dark time for me. One day my uncle was a hero, then suddenly he's this monster. My whole family took some abuse over it, and we learned not to talk about it. It's kind of our deep, dark secret. Especially for me now, growing up – if I ever get serious with a girl, how am I supposed to tell her about him? And if I don't, you can be sure it'll come back to bite me.

2) I can understand your dilemma alright. Awkward, to say the least. You've recently made a big move right across the country. Was that your idea or your mother's? And was escaping to a place where people don't know your relationships to Harry the only reason for the move?

Don't get me started on moving! I love my mom, but she ripped me away from my friends for no reason. Fitting into a new high school wasn't fun. She says we're in hiding. Sometimes people who find out we're related to Uncle Harry get nasty, but did that mean we had to move? You'd think we were in danger or something.

3) Has your quality of life improved since the move?

Actually, it's great. Don't tell Mom, but I found a music store where the owner lets me work for lessons. Through him, I met some guys at school and we've started a band. Mom won't let me play – she's afraid I'll turn out like my dad – so it's one more secret to keep.

4) Better not to go there, hey? The band and lessons sound great. But living with a jittery, anxious mother who always feels the need to watch her back can't be easy. Is there anything you feel you have to hold back from your mother that you wish you could say?

I wish she could just trust me. I saw what drugs did to my brother, and I'm not going there. Ever. And maybe Dad wasn't a great father, but I'm going to be a musician like him. Mom wants me in some kind of corporate career with a steady salary. Music means crazy hours and hard work, but I need to play. I wish she could accept that, but I don't dare even mention it.

5) Doesn't sound easy but I hope you can come to some sort of understanding. Sounds so tricky, when you both feel as if you have good reasons for your own stances. Perhaps when she sees how good you are, she might come around, but you know your mother best. Can you tell us a bit more about your goals for your own future? We'd heard rumours that they might include music.

Mom didn't say anything, did she? No, if she suspected, she'd be all over me. I do have goals – Mr. Morelli, my guitar teacher, is the best in the city. Our band at school is pretty novice, but it's a start. As I develop my talent, I may move through a few bands until something clicks. With the right mix, we'll have a chance. Right now it's all about developing. And keeping up with school work. That's why I'm single. Thanks for giving me a place to vent, Paula. It was good meeting you.

Great to meet you too, Paul. I'll be hoping things work out for you. 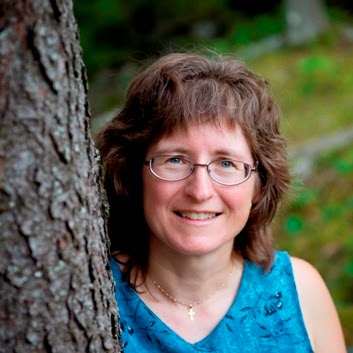 Janet Sketchley is the author of Heaven's Prey and Secrets and Lies, two novels of suspense and redemption. She also blogs about faith and books. Janet loves adventure stories, worship music, tea and Formula 1 racing. Like Carol in Secrets and Lies, she loves music and tea. Unlike Carol, Janet isn't related to a dangerous offender, has a happy home life, and has never been threatened by a drug lord. May those tidbits continue to hold true! You can find Janet online at janetsketchley.ca. Fans of Christian suspense are invited to join Janet's writing journey through her monthly newsletter: bit.ly/JanetSketchleyNews.