It's my great pleasure to welcome award-winning South Australian author Rosanne Hawke to the Vince Review today. I invited Rosanne to share some of her insight about writing for the young adult market, gleaned from her wealth of experience in both writing and teaching. Many of her stories for children and young adults have filled our shelves during our years of homeschooling. Her most recent publication is the second edition of 'Zenna Dare' published by Rhiza Press.

Thanks, Rosanne, and welcome. 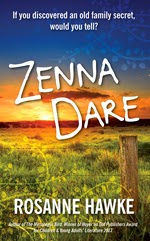 My writing career began with young adult novels because that was the age of my children. Since then I have learned more about YA. I don’t call YA a genre as there are many genres included within YA; rather I call YA a field of writing. Some of the series and genre books found on YA shelves are labelled teen fiction and are not true YA literature. YA fiction is usually stand alone literary and innovative fiction that explores the human condition for young people between the ages of 12-18. The protagonist is a teenager and the content is interesting to a teen audience, often including high school life, identity issues and coming of age. YA may have begun as a marketing ploy or as a gap for those readers who had outgrown children’s books but weren’t ready to jump into adult-themed works. However, it has become a strong field of writing which is widely read, and by more adults than many realise.

When writing YA I believe it’s imperative to capture the ‘voice’ of the narration. I didn’t start writing Marrying Ameera for quite a while as I couldn’t ‘hear’ the right voice for Ameera’s first person narrative. Once that came the story followed. Jennifer Hunt, editorial director of Little Brown, says, ‘When the character has an original voice and it’s coupled with a great plotline, that’s what makes a book truly distinctive’.1 As with other age groups I find it important to know as much about my characters as possible: most importantly what they want, which will drive the plot; what they fear, which will supply conflict; plus their talents and flaws, which help shape the ending.

Dialogue is an important part of YA writing. If the dialogue isn’t genuine it won’t get past a commissioning editor. The dialogue doesn’t need to be in ‘teen speak’ or the book will easily date. As with all good writing it’s the appearance of a type of speech that shows the character’s personality and age without having to spell it out like dialect. YA is often written in first person as young people enjoy the intimate style, though it doesn’t have to be. There is no formulaic structure for YA which contributes to its innovative power. However, it does need to target the age group. Issue or problem novels do abound but are not precursory.

I suggest reading YA books and check what works. Pull apart the plots to see how the authors have structured the novel. Remember what teens are going through in their physical, mental, emotional and spiritual development and how that is going to impact on character growth in a story. Be genuine and wise, always offering hope, and your story will move readers who are forming their own view of the world.

An exercise to try is writing a dialogue between two teens (maybe one wants something from the other). Then try another dialogue between a teen and an adult to show the difference in their voices and also the power struggle in their relationship. Enjoy, I believe YA is an inspiring and important area of writing where authors can offer rich narratives of redemption and hope. 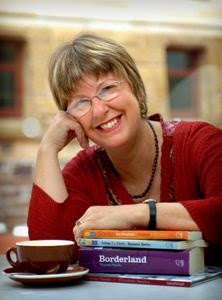 Rosanne Hawke has written over twenty books for young people, including , The Messenger Bird, winner of 2013 Cornish Holyer an Gof Publishers Award for YA Literature and Taj and the Great Camel Trek, winner of the 2012 Adelaide Festival Award for Children’s Literature. Rosanne was an aid worker in the Middle East for ten years and teaches Writing for Children and YA at Tabor Adelaide. Her latest YA novel is Zenna Dare (2nd edn) from Rhiza Press.