The bad boys of David Copperfield

I've devoted this ramble to three villains of one particular book. While I was working on my review of David Copperfield, I realised that what I had to say about these guys would be enough to fill a blog post of its own. There was no way trying to squeeze them into the main review would do them justice. It makes sense that there's a trio of baddies, since the story is about one young man, and every person probably bumps into at least three antagonists during the course of his life. And since they each had their own unique agenda, I thought I'd set myself the challenge of ranking them from best to worst. Whether or not you agree with my order, here it is. 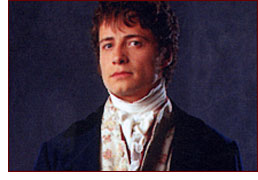 Oh, Steerforth, you were the total package. To know and love you was one and the same. We get lines like this. 'He went into Mr Barkis' room as if he were light and air, brightening and refreshing it as if he were healthy weather.' Steerforth, you had that effect everywhere, so why mess up your life with a horrible deed? I think we can work out a possible reason. He was the spoiled only child of a single mother who made it her sole purpose to smooth paths for her boy. She reminds me of that well-meaning person in the proverb, who carefully removes the cocoon to assist the emerging butterfly, stunting him in the process. Mrs Steerforth removed all need for ambition from James' life. He got preferential treatment wherever he went, for doing nothing.

We all benefit from the occasional struggle. A bit of resistance to stretch their wings against is good for young men's characters, but Steerforth grew up with none. Even his schoolmasters were given the rule to never rub him the wrong way. I believe seducing an engaged woman from a lower class was possibly the biggest challenge of his life. So if life keeps pouring you lemonade, you've got to look for your own lemons, just to break up the monotony. Perhaps being doted on actually brought out the badness in him. I actually felt sorry for him, especially when he was crying for help without knowing it. It happens every time he envies David's fresh naivety, and when he remarks, 'It would have been well for me to have a steadfast and judicious father.'

Steerforth appears far more gifted, worldly, admirable and superior to David on the surface, but a glimpse into their psyches shows that it's far better to be David, who was so easy to make happy, and full of gratitude to others. Steerforth says, 'I am heavy company for myself sometimes.' The dude who impresses and pleases everyone has no illusions about himself.

In our last glimpse of Steerforth, he pleads with David to remember him at his best. That comes easiest for me with this particular bad boy, who I consider as much victim as villain, although his harm was all so lovingly intended.

On to our second contender for worst villain in David Copperfield. 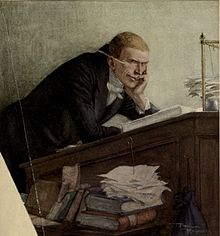 Uriah Heep
Whoa, what a guy. Long before the extent of his sneaky, illegal machinations comes to light, we find Dickens using physical descriptions to set him up as an oily little creep. It was the mid-nineteenth century, and Uriah Heep comes across as snakier than Voldemort and froggier than Gollum, long before either of them were created. You can almost feel his clammy handshake. We can't hold all that against him, of course, but young Uriah turns out to be the king of all hypocrites. He's learned to put on a groveling, fawning, self-deprecating manner to people he resents, while the whole time he's plotting their downfall.

You can't help understanding his motivation when you consider his background. Uriah describes the shoddy treatment his family received from others just for being destitute. But his downfall is targeting people who never did him any personal harm, or wished ill for him at all. It's just because of their social positions and who they are. So if you compare him to Voldemort, his attitude was a bit like that of young Tom Riddle. Uriah was doing what many trouble-makers have done before and since; that is choosing to hate individuals not for who they are, but for what they represent in his own mind. Maybe he should've stepped back to consider, it was exactly what he was blaming them for doing with him.

If you know of the rock band 'Uriah Heep', it's cool to discover the inspiration for their name. Maybe not everyone knows this little bit of trivia. And I'm sure if he ever found out, our Uriah would say he feels honoured that they named themselves after him, since he's much too 'umble.

Now, the dubious drum roll for the worst character in David Copperfield. 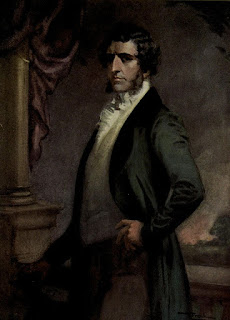 He didn't commit the classic crimes of the first two contenders, but in my books he's far nastier than the pair of them combined. At least they were aware of their own wrong-doing, but he has that lethal sort of piety that convinces him his cruelty is justified. He truly believes that bullying a young woman who adores him, and crushing the spirit of a little child is for their own good. The Murdstones of the world never seem to wake up to themselves. Even when Miss Betsey confronts him with his own depravity, it doesn't sink in. Years later, he's still justifying his actions and breaking the hearts of other innocent girls.

Perhaps many of the evil tyrants in history books and legend share Murdstone's qualities. It's his self-deluded zeal and hatred that makes him a dangerous man. He's never stopped from his destructive course, a chilling piece of realism I can't help taking to heart. While the Steerforths and Heeps of the world self-destruct, get caught or run out of steam, the Murdstones are still out there, twisting people's pliant natures, killing others by slow degrees, and doing untold harm while they believe they're doing good. Dickens could have written some just desserts for Murdstone, yet he didn't. I take that as a sober warning to be ever vigilant and on the lookout for his type.

So there you have them. Not only are they vastly dissimilar to each other, but they each present themselves to our hero David in a different guise. One comes across as a dear friend, one as a horrific bully and the third an enigma he finds hard to figure out for a very long time. If you've read David Copperfield, do you agree with the way I ranked this trio? Or have you any extra thoughts to add? After so long spent reading this book, I'm always up for a good discussion.
Posted by Paula Vince at 5:00 AM