Wisdom from the Graveyard School 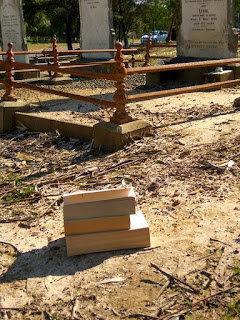 They were a group of eighteenth century poets who earned themselves this nickname because of their favourite subject. They liked to write about guys who sat around in cemeteries, mulling over how the power of death will someday sweep away everything they've worked hard for. Or they liked to be those guys who sat around thinking that.

You might think they had morbid taste. Does it have the potential to make you feel a bit depressed just thinking about them? Why waste your living moments musing about death? Well, according to Alain de Botton who wrote about them in Status Anxiety, they were an incredibly joyful mob. It's because they kept things in the right perspective, allowing themselves not to be sucked into the traps of their average, happiness-seeking peer group.

But first a sample of some of their work. I remember studying Andrew Marvel's 'To His Coy Mistress' at school and uni. He was a bit of an opportunist, using their inevitable demise to convince the fair lady to seize the day.

At my back I always hear
Time's winged chariot hurrying near.
And yonder all before us lie
Deserts of vast eternity.
The grave's a fine and private place
But none, I think, do there embrace.

The next is from Edward Young's 'Night Thoughts' written in 1742,

The sage, peer, potentate, king, conqueror,
Death humbles these.
Why all this toil for triumphs of an hour?
What though we wade in wealth or soar in fame?
Earth's highest station ends in 'Here he lies.'

When self-esteem, or others' adulation,
Would cunningly persuade us we are something
Above the common level of our kind
The grave gainsays the smooth-complexioned flattery
And with blunt truth acquaints us with what we are.

And this one, 'Elegy written in a Country Churchyard' by Thomas Gray, in 1751.

The boast of heraldry, the pomp of power,
And all that beauty, all that wealth e'er gave,
Awaits alike the inevitable hour,
The paths of glory lead but to the grave.

Perhaps all these chaps got their original inspiration from thousands of years back, when King Solomon wrote the following words in the biblical book of Ecclesiastes.

'No-one remembers the former generations,
and even those yet to come will not be remembered by those who follow them (Ecclesiastes 1:11)


Time is the greatest power, changing our identities with steady force. Any individual can turn from a tiny toddler to a senior citizen in a flash. If life is like a wheel, I guess mine might have spun somewhere near the halfway point of a typical soul. De Botton adds his own eloquent line to the thoughts expressed by the graveyard school. 'We all end up as that democratic substance - dust.' 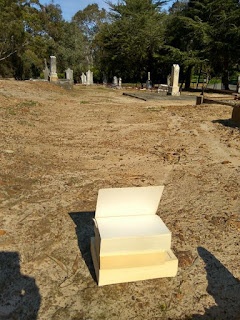 It used to give me the chills, but now that my 'second half' is looming, I decided it might be wise to try to embrace it with their spirit. I'm no poet, but I went strolling through our local cemetery on a gorgeous spring day by myself, armed with a book or two. It was one of those sunny days with long shadows and soft breezes that gives the illusion that time is a tortoise instead of a hare. The world seemed slow and leisurely, but I now know it's really hurtling through space at breakneck speed, turning my hair grey and forming those fine lines around my eyes and mouth. It has to be, because just a moment ago, I was the same age as my kids. Twenty odd years really is a blink.

Basically, those old graveyard poets knew what de Botton extracted from their work. 'The power of time makes a mockery of all our claims to earthly greatness and distinction.' So it's sort of silly and tiring to go jumping through society's hoops just to get nods of approval from people on the same trajectory as us. Those old timers whose bones lay deep beneath the stones were no doubt the same as we are now; attaching exaggerated significance to their own fleeting purposes and concerns, because they were the centre of their own experience of the world. It's a world they're no longer part of, and one which has simply gone whizzing on without them. One day it'll leave each of us behind too.

At my stage, I do get their point. It is liberating and happy-making to think of the graveyard school, sitting in those cemeteries in their frock coats with their fountain pens so long ago. It gives me mental clarity to stand back and remember that in a short time, all my issues won't matter a bit. Here's how Alain de Botton puts it. 'Before a skeleton, the repressive aspect of others' opinions have a habit of shedding their power of intimidation.' That's not sad, it's great news, in a stark sort of way. Also a good reminder to set our hearts on things above, where we'll spend far longer than our brief time down here. 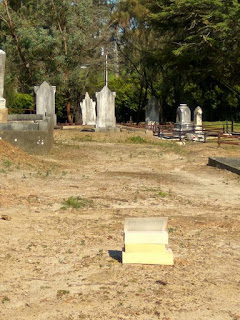 Maybe I'll let Sir Thomas Browne, another of the graveyard school, have the last word. 'The duty of an honest Christian is to make an impression not in the record of man but rather in the register of God.' Take that as you will, to me it's a tip to get my white-knuckled grip off impression management, self-promotion, social media stats and all those things which can tie us in knots. I did come home from the cemetery feeling refreshed, in an ironic sort of way.