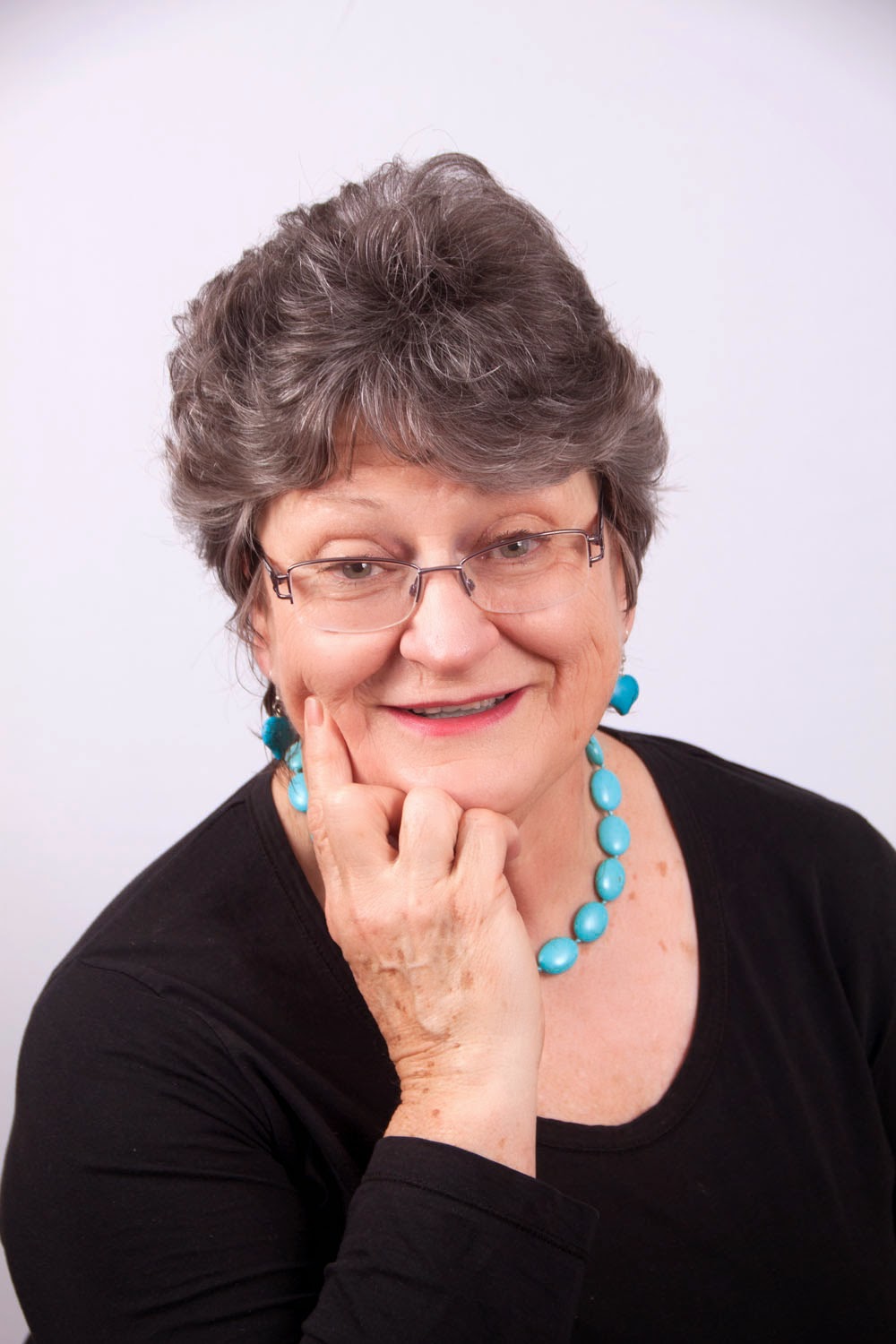 You commenced your tertiary education in your mid forties. What, in your opinion, were the challenges and advantages of being a mature aged student?

I don’t exaggerate when I say that studying for my BA gave me three of the best years of my life!
My natural abilities aren’t exactly of the practical variety. I joke that if I’d been born in ancient times, the tribe would have thrown me out to starve or be eaten by sabre tooths! When I learned that I could get into university via the mature age entrance scheme, I jumped at the chance. I found studying so stimulating and confidence-building. I went on to do a post graduate Diploma of Education followed by a Master of Arts in Creative Writing.
Generally, mature aged students do well in higher education because they know exactly what they are there for, they are grateful for the opportunity, and they’ve don’t waste time. Taking up full time study after many years was emotionally and mentally draining, because I hadn’t been schooled beyond year 10. To that point, I’d learnt by rote and I didn’t understand that a different type of study technique was necessary at tertiary level. But coaching was available, and I discovered that life experience more than compensated.
It was tough juggling study and family life.  I felt guilty that I didn’t home-bake anymore, that cleaning the house was way down on my ‘to do’ list; that I deserted my husband five nights a week and shut myself in my study as soon as the evening meal was finished. I was so blessed to have the full support of my husband, James. He not only supported me financially, but also emotionally.
Studying puts a strain on relationships, particularly when assignments are due. You need buddies who are happy to talk course material ad nauseum, because it will bore your family rigid! It can be hard for your family and friends to accept that you seem not to be the same person you used to be.  And in many ways study will change you forever, broadening your interests - and your backside, too, with all that sitting around in lectures! - as well as your circle of friends and colleagues.
Another downside for a mature student is to fall into the trap of being the campus ‘mother’ (or ‘father’).  It’s all too easy to be taken advantage of by lazy or opportunistic students (or to get emotionally embroiled in their off-campus troubles) thinking it’s our Christian duty to help them. Attendance at a secular, humanistic university will challenge your Christian faith. My circle of friends had been pretty much centred on church and Christian related activities, and my views were out of synch with, and unexplainable, to most of my fellow students. I didn’t hide my faith, although I rarely engaged in public debate, and I won respect. In fact, I had more opportunities for meaningful witness than I have ever had before, or since!


Since 2003, you've made regular visits to Cambodia and Finland. Can you describe your dreams about these destinations, which made travelling there so compelling?

Someone prophesied – it was actually the first time I had been prophesied over – that I would go ‘to a land OF the north’. He repeated this phrase several times until I registered that he wasn’t saying TO the north. ‘OF the north’ is a literary phrase which refers specifically to northern Europe. So I asked God, ‘where,’ and I saw the word, ‘Finland’ which was really strange because I had no Scandinavian heritage, or even Finnish acquaintances. Later, while praying for the country, I had an open vision of an intercessor standing in the middle of the map of Finland and I knew going there would be a prayer assignment. It was fourteen years before it I did it, though, and then only because of another prophetic word. God is so patient!
With Cambodia, I dreamt I was under a waterfall and then I learnt that the north eastern area of Cambodia, where my nephew worked, was famous for its waterfalls (I didn’t know this before the dream). He had been asking me to visit for a long time.
There was more to these visions and dreams, and the confirmations associated with them, than there is space to describe. Suffice to say, God will use the strangest things to get our attention!

(That's intriguing. He works in His own time frame, too. It's great to hear about the creative ways in which God works.)

Please tell us a little about Marion Fromm, whose story you've written in your book, 'Cambodian Harvest'.

Marion Fromm is an Adelaide woman who, in her mid-sixties, set up a dried fruit factory in Cambodia in order to employ land mine survivors. She did this with minimal finance, no knowledge of the language, and on her own, apart from a small group of prayer partners back in Australia. She continues to live and work in Cambodia, today. Her story will encourage you that nothing is impossible and God can use anybody. Read the book, folks!

(Wow, it's so great that you've written Marion's story, to make it available to everyone, instead of letting her keep it to herself.)

How did you work together on a memoir such as this? Did you conduct on-the-spot interviews or rely on technology such as emails? Did you know exactly what aspects of Marion's story you wanted to focus on, or did she surprise you with extra material which you then felt compelled to work into the manuscript?

I served on the Board of Reverse the Curse of Landmines for one term so I had met Marion, of course, but it was not until I was asked to write her story, three years later, that I actually visited her in Cambodia. At that time, I recorded interviews with her and with landmine disabled employees. Back in Australia, I transcribed all of that and began writing. It’s worth noting that transcribed interviews can be difficult to follow. Interviewees can jump from one life event to another, giving the impression that these events were concurrent, whereas in reality there may have been years apart, or involved different people from the names they remembered. I used emails to clarify transcribed information and, where possible, sought corroborative detail from others.
My focus from the beginning was always on the aspect that God will use the most unlikely people! I honour Marion’s honesty and humility in allowing me to write truthfully. Her life may not be what is typically portrayed in Christian biographies, but I saw the majesty and grace of God in choosing her for the amazing work that is underway in Cambodia.

Both you and Marion are senior ladies making a difference in the world. In fact, you describe your later years as more productive than your earlier ones. This is so encouraging for me, as my older children are edging into their upper teens, making the empty nest syndrome seem closer all the time. Do you have any advice or counsel for me, and others in the same position?

The best thing I can say to people who think life has passed them by, whether through age or circumstances, is that God is not finished with you yet! Pursue those heart dreams that have not yet manifested in your life. Press in to lay hold of those things for which Christ laid hold of you.

Rhonda has kindly offered one free copy of 'Cambodian Harvest' to a blog visitor who will leave a comment. The winner will be chosen randomly. Please leave your contact details in your comment and we may be in touch.

I describe myself as a late developer. During a university education started in my mid forties, my childhood interest in creative writing was re-ignited. After a period of teaching English and Drama in secondary schools I returned to the University of Adelaide to embark on a Master of Arts in creative writing.  I have been writing fiction, mostly short stories, ever since. I’m particularly proud of the ‘highly recommended’ I received for a short story in the Scarlett Stiletto competition conducted by the crime writers’ group, Sisters in Crime.  It will be no surprise, then, that my favourite reading for relaxation is English crime fiction (think Ian Rankin or PD James!).
Given my background in fiction no one is more surprised than I am that my first published book is a biography. This came about because of my interest in Cambodia, which I have been visiting since 2003. I have also travelled within Finland and the Baltic countries.
I am currently working on a novel with a historical background.
I am married to James (49 years!) and have 4 children and 4 grandchildren.
Posted by Paula Vince at 11:27 AM