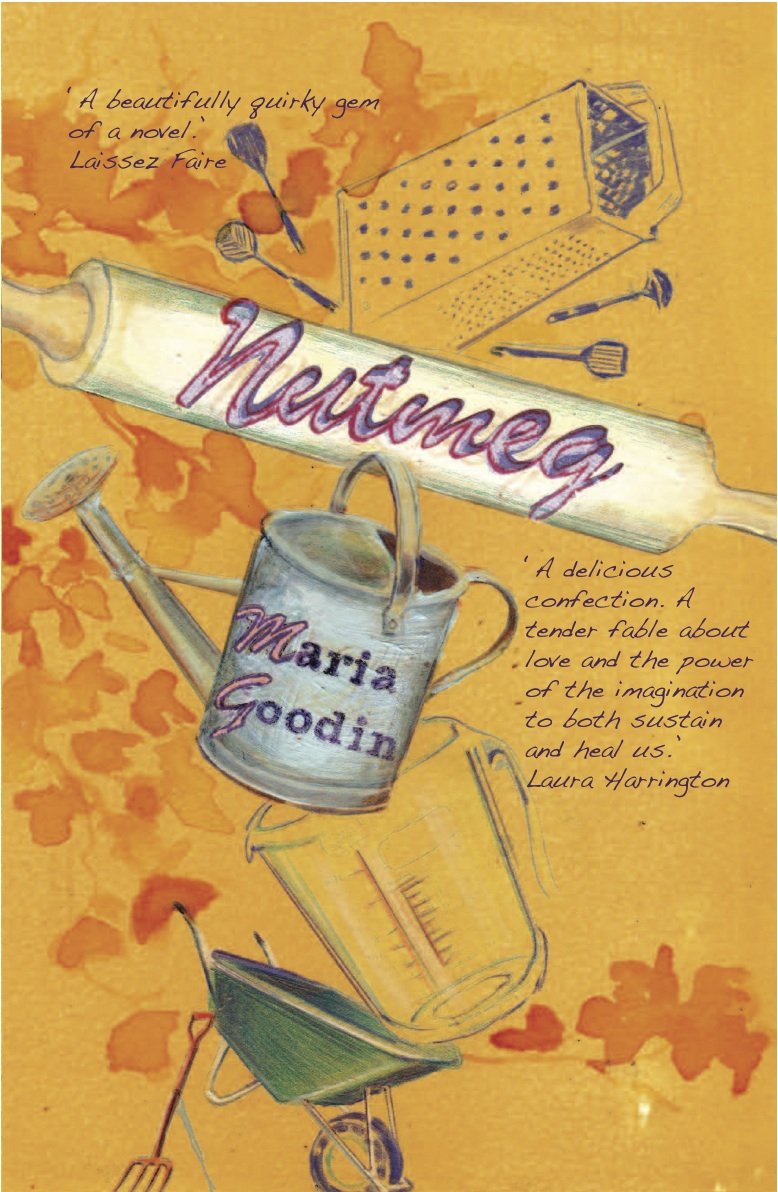 Beautiful novel, exploring the boundaries between fantasy and reality ultimately asking the reader, which is better. Heart-warming and endearing, the author handles ugly truths in a delicate and thought-provoking way.
Blurb

Meg is growing up in a world of food filled fantasy; where her first tooth was so sharp her mother used her as a can opener, and eating too many apples once left her spitting pips. Then, age five, she is humiliated in front of the other children at school and turns her back on the world of fiction, deciding to let logic rule her everyday thoughts and deeds.
Years later, Meg’s mother falls ill, and as she struggles to deal with the situation in an orderly fashion, her mother remains cocooned in her obsession with cookery, refusing to face up to her illness.
Slowly, Meg uncovers the truth about her childhood and is now faced with a humbling decision: to live in a cold harsh reality, or envelop herself in a wonderful world of make-believe.
Maybe life isn’t defined as fact or fiction – perhaps it can include truth, lies, and everything in between.

This is quirky fiction which could easily be made into a movie. It's a bit like an adult version of something like Roald Dahl's "Matilda". All the tall stories in this book would be wonderful incorporated into a film version.

Meg May is a science graduate who can't remember the first six years of her life, but her mother, Valerie, has filled her head with all sorts of weird and wonderful tales concerning her birth, all centered around food. Meg believed them as fact until other school kids teased her. Now for years, she has rejected anything remotely fanciful or fictional.

Valerie is an eccentric character, full of colour. She is very sick, and as her final days approach, she insists on doing her favourite thing, cooking in her kitchen for as long as she can. When Meg follows a tenuous lead to try to find out about their mysterious past, she discovers why Valerie felt the need to cloak their past in a lot of made-up stories, and also why she latched onto such a frenzied life of cooking in the first place.

There are four main characters. The two men are overstated, hilarious opposites of each other. Meg's boyfriend, Mark, is a pompous Uni professor who value facts and provable things even more than she does. Her mother's gardener, Ewan, is a scruffy free-spirit full of myths and stories. I was impressed that someone as young as him could be comfortable enough in his own skin not to let the attitudes of Mark and Meg make him feel remotely awkward.

I enjoyed the cameo appearances of others, especially the tipsy, washed-up members of the band, "Chlorine".

This book left me with a lot to think about. I've long believed that rather than being a pack of lies, fiction is a medium of presenting deeper truths, and this book supports that. Valerie May clearly used fiction to the point where it blended with actual truth for her, and it's left for readers to decide whether we think this is a good or a bad thing.

One of my favourite parts was toward the end, when Meg was surprised by how many people attended her elusive mother's funeral, and finding out the reasons why. It's a great lesson about how little it takes to live a worthwhile life.

Overall, I think this story itself is a prime example of how helpful stories can be to help us re-think our own habits and attitudes.

I received a copy of this book from Net Galley and Legend Press in return for an honest review.